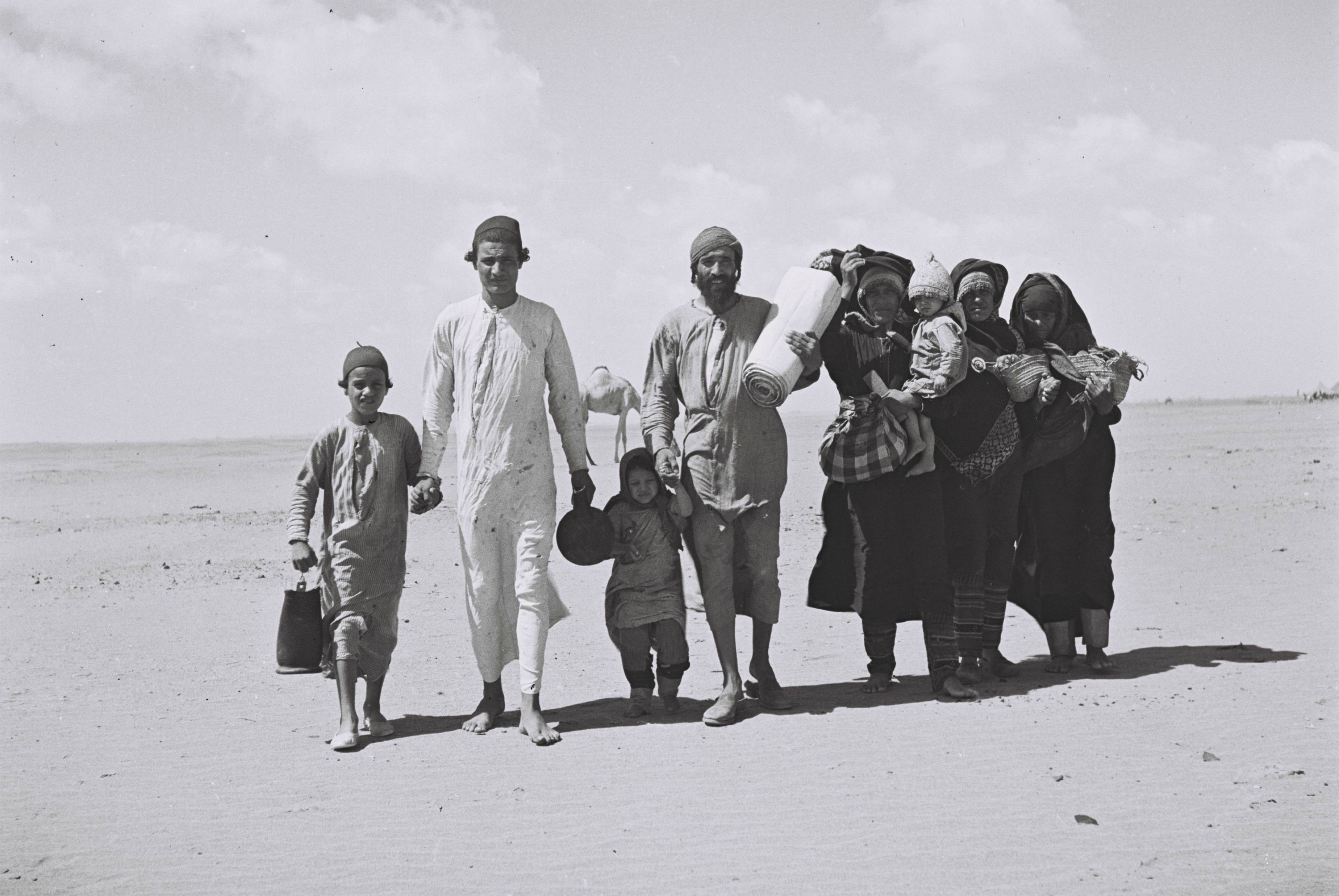 This Saturday, June 20, marks the UN's World Refugee Day, an annual observance dedicated to bringing awareness to refugees around the world. While there are many issues facing displaced persons today, we wanted to draw attention to a group of twentieth century refugees that haven't always received their historical due: Israel's Mizrahi Jews, sometimes called "the forgotten refugees."

In the decades after 1948, nearly 1 million Jewish citizens from countries like Iraq, Iran, Syria, Egypt, and Yemen fled or were expelled from their homelands. Not only did they leave behind their property and livelihoods, they abandoned millennia-old Jewish communities. Most of these refugees settled in Israel, where, despite struggles to integrate into an Ashkenazi-centric society, they eventually grew roots and thrived.

Today, over half of Israelis are descended from mizrahim and their influence on Israeli culture is strong, from the popularity of foods like falafel and jachnun to the Eastern-tinged dance music in Tel Aviv nightclubs. In recent years, interest in these "forgotten refugees" has grown stronger, and many writers and activists are exploring their history. Here are three timely books that explore the myriad stories of the Mizrahi Jews.

Uprooted: How 3000 Years of Jewish Civilization in the Arab World Vanished Overnight by Lyn Julius

This exhaustive book by Iraqi-Jewish author and activist Lyn Julius takes a broad view of the Mizrahi Jewish exodus. It explores the history of these ancient Jewish communities, details the events that led up to their expulsion, and discusses the need for greater historical education and awareness in both Israel and Arab countries.

The Aleppo Codex by Matti Friedman

The Central Synagogue of Aleppo, Syria, was one of the grandest on earth, and their prize jewel was a rare copy of the Hebrew Bible known as the Aleppo Codex. It was said that no harm could befall the Syrian Jewish Community while the codex was in their possession. But during an anti-Jewish riot in 1947, the codex went missing, only to reemerge in fragments decades later. Matti Friedman's investigation on what happened to the codex is both a fascinating look into the world of antiquities smuggling and a heartbreaking look at Syria's destroyed Jewish community.

The Best Place on Earth by Ayelet Tsabari

A Canadian-Israeli author of Yemeni descent, Ayelet Tsabari is one of the best known Mizrahi authors writing in English. Her debut short story collection, The Best Place on Earth, often focuses on the experiences of Mizrahi Jews, from dealing with discrimination and cultural loss to falling in love and grappling with religious questions.