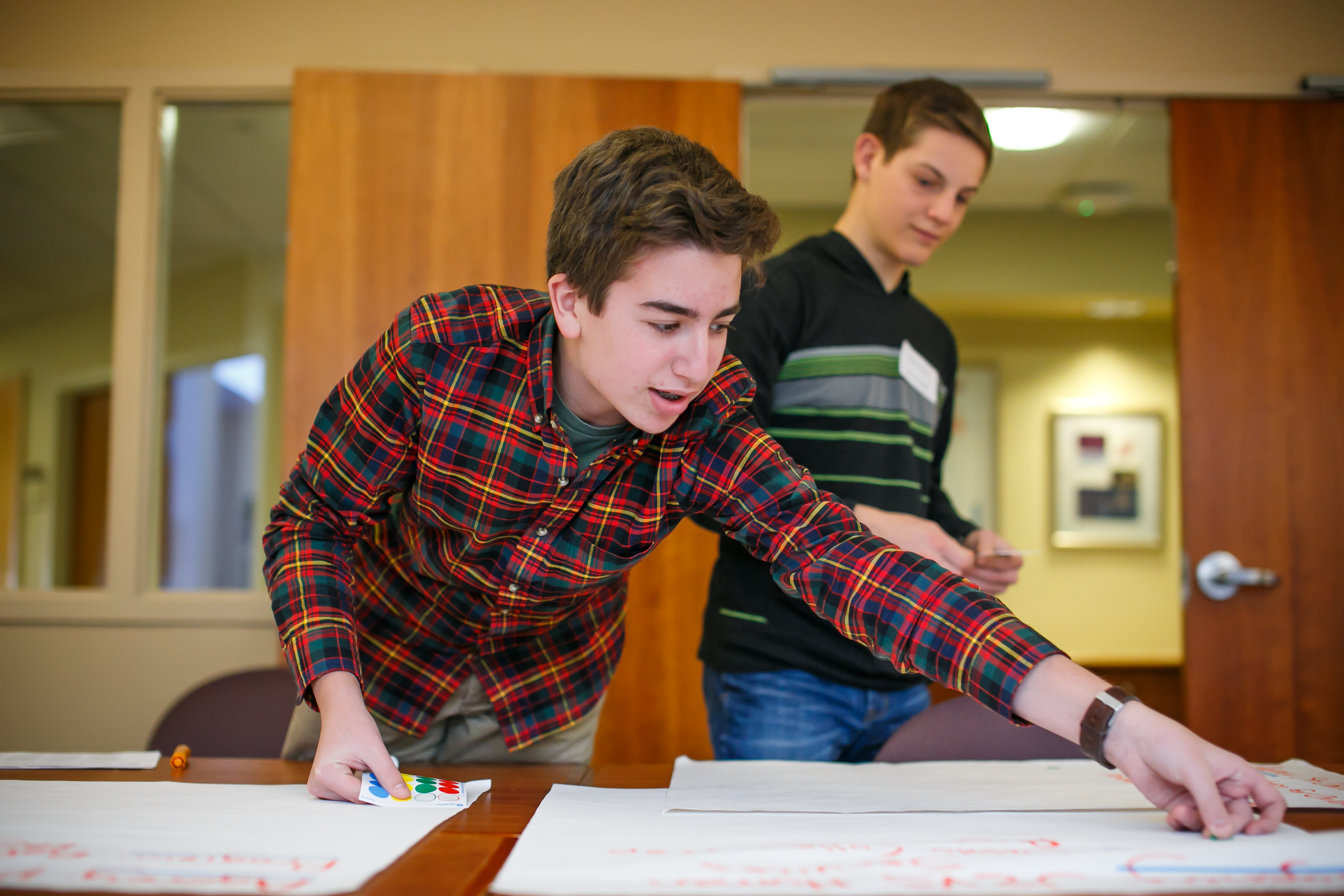 A Pluralistic Prayerbook, Created By Our Diller Teens

It was a scene familiar to anyone who has attended a Jewish youth group. A group of teens sat in a semicircle one Saturday morning as three of their peers led them in prayer. But this wasn't just any Saturday morning service.  The teens were praying from a prayerbook that they themselves had compiled, in a pluralistic service that combined Jewish ritual from across the spectrum of observance.

The teenagers in question were part of our Diller Teen Fellows, a Jewish Federation sponsored, year-long fellowship for 10th and 11th graders with an emphasis on experiential learning and leadership. They had gathered for their annual shabbaton (weekend retreat) and three of them had taken upon themselves to create a Shabbat service that would reflect the traditions of all those present, ranging from modern Orthodox to reconstructionist to reform.  Working together, the Diller teens created a space where anyone, despite their Jewish background or level of observance, would feel welcomed and accepted.

“What I witnessed this past Saturday was truly inspirational.  In a time when we often choose division, three Diller Fellows chose the more difficult and far more rewarding route,”said Darren Rabinowitz, our Diller Program Coordinator.

The three yeens spent hours on the phone having vulnerable and honest conversations to discuss how they could be best support one another, celebrate their differences and how to incorporate moments from their respective traditions that were most meaningful to them.

Rabinowitz admitted he was hesitant at first when the teens raised the idea of creating a joint service, worried they might create feelings of discomfort and exclusion.

“Instead, they challenged me and said ‘Darren, we can do this.’”

“The Diller program prides itself on being a pluralistic program and I was amazed at how much our Fellows took that to heart,” Rabinowitz said.  “I know Jewish professionals spend their entire lives trying to curate spaces where this kind of pluralistic intention exists and witnessing three Dillers commit to making this a reality was amazing.”

The Diller Teen Fellowship is a Jewish Federation sponsored, year-long fellowship for 10th and 11th graders, with 32 chapters in the United States, Israel and around the world.  With focuses on experiential learning, deepening Jewish identity, pursuing social justice, the program is a great way to build connections with vibrant, young Jewish leaders, both from the Philadelphia community and from Israel.  The programming consists of fun, thoughtful and educational events, trips and discussions that foster personal growth and allow teens to expand their horizons.

For more information or to apply for the Diller Teen Fellowship 2020-2021 cohort, click here.