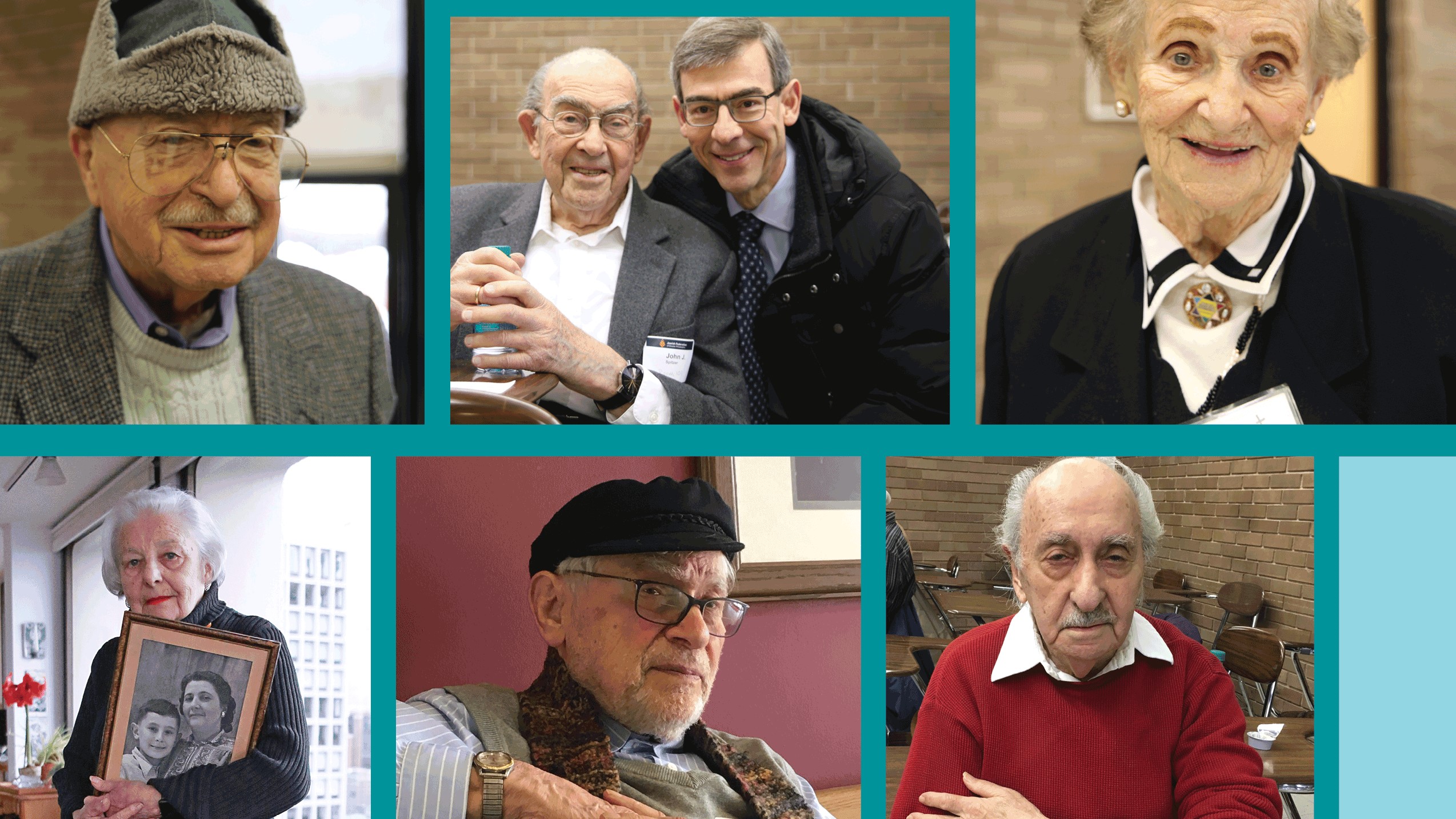 Yom HaShoah is April 27, a day to remember the six million murdered and honor the survivors. The Jewish Federation of Greater Philadelphia is committed to keeping our promise to never forget, and caring for Holocaust Survivors locally and abroad while also providing Holocaust education to the next generation.

Helping Holocaust Survivors Near and Far

*These numbers are according to the Jewish Federation's 2019 Community Portrait and as reported from community organizations.

“I escaped death during the Holocaust and arrived in Israel in 1946 where I am proud to have helped build this country. Today I live off of social security and what little I receive as a Holocaust Survivor,” said Wagner. “Latet doesn’t just give me a food box, the girl who brings me a box sits with me; we talk; she’s my friend. Thank you to all who think of us and donate. When one helps another somehow, it will get back to him.”

Latet is a grantee of the Jewish Federation. It operates the leading national food bank in Israel and runs impactful aid programs, providing monthly assistance to 60,000 families and 1,000 Holocaust survivors.

Educating Youth About the HOlocaust

Since 1977, Holocaust Survivors have told their firsthand accounts to high school students through the JCRC’s Youth Symposium. As the number of living Survivors declines, the JCRC Holocaust Education and Remembrance Committee formed a new partnership with Theatre Ariel, Philadelphia’s only Jewish theatre, piloting an engaging production called “Survivors” so these powerful stories can continue to be told. Based on 10 Holocaust Survivors’ testimonies, the play provides a rich experience for students and a compelling reason for teachers and schools to continue participating in the Youth Symposium programs. The production is funded through the Foundation for Jewish Day Schools and Educational Improvement Tax Credit (EITC) and Education Improvement Organization (EIO) program. Press coverage of the program includes 6CBS and KYW.

One-third of Holocaust survivors in the U.S. live at or below the poverty line. Kavod Survivors of the Holocaust Emergency Fund (Kavod SHEF) was formed to help Survivors in the Greater Philadelphia region pay for medical bills, rent, food and home repairs. This program is made possible through our partnerships with Kavod, the Seed the Dream Foundation, and Jewish Family and Children’s Service (JFCS).

Making Connections in the Fight Against Antisemitism