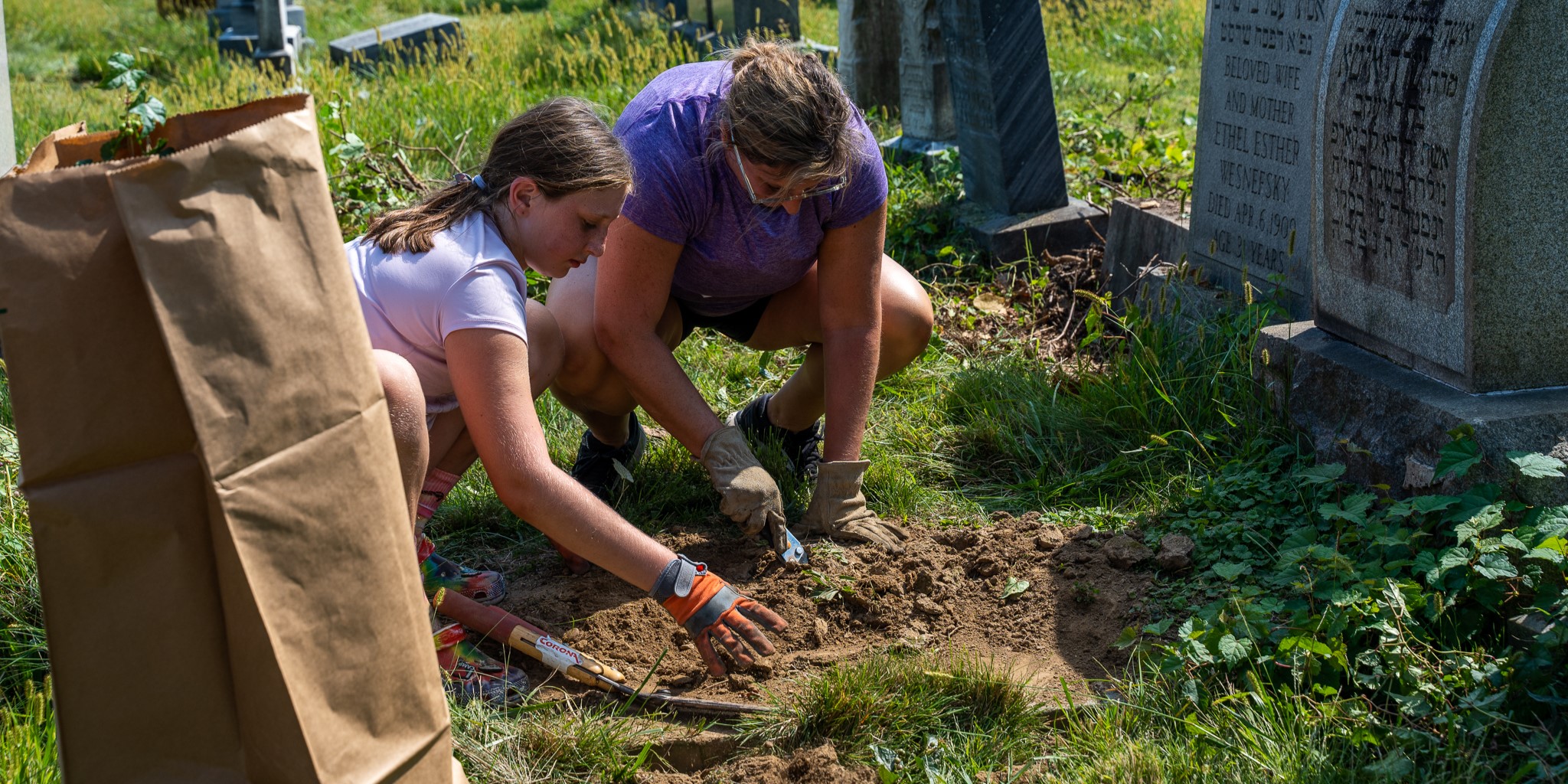 Volunteers of all ages gathered at Philadelphia’s historic Har Nebo Cemetery on Sunday, September 18 to help clean and beautify one of the region's oldest and largest Jewish cemeteries. This event was part of a cemetery cleanup series with the Friends of Jewish Cemeteries, a special initiative of the Jewish Federation of Greater Philadelphia to find long-term solutions to repair our region’s Jewish cemeteries and reconnect our community to its deep local roots.

Rich Blumberg, chair of the Friends of Jewish Cemeteries, is one of many community members to have strong "roots" at Har Nebo.

“The patriarch of my family, whose first name was Moses, came to Philadelphia in 1883 and passed away in 1897; he is buried at Har Nebo,” said Blumberg. “When my son Steven and I visited his site there were many stones lying on the ground, some broken into pieces, and others at risk. It was clear that something needed to happen to change this tide of despair."

Around 150 people volunteered at the cleanup on Sunday, which was in special partnership with the Jewish Federation’s NextGen and Women's Philanthropy groups.

“Thanks to the Jewish Federation of Greater Philadelphia, several generations of volunteers helped leave the cemetery better than we found it, acting on a very important Jewish value - from generation to generation,” said Ariel Shore Miller, who is NextGen mitzvah co-chair with Tori Rultenberg. “I was joined by over a hundred volunteers from the Jewish Federation to participate in a meaningful hands-on, volunteer opportunity to beautify the cemetery and bring our Jewish community together, while honoring the past.”

Founded in 1890, Har Nebo is the city’s oldest privately owned Jewish cemetery. Covering 28 acres in the Oxford Circle community of Northeast Philadelphia, it is the resting place of nearly 34,000 people and has few burial spaces remaining. 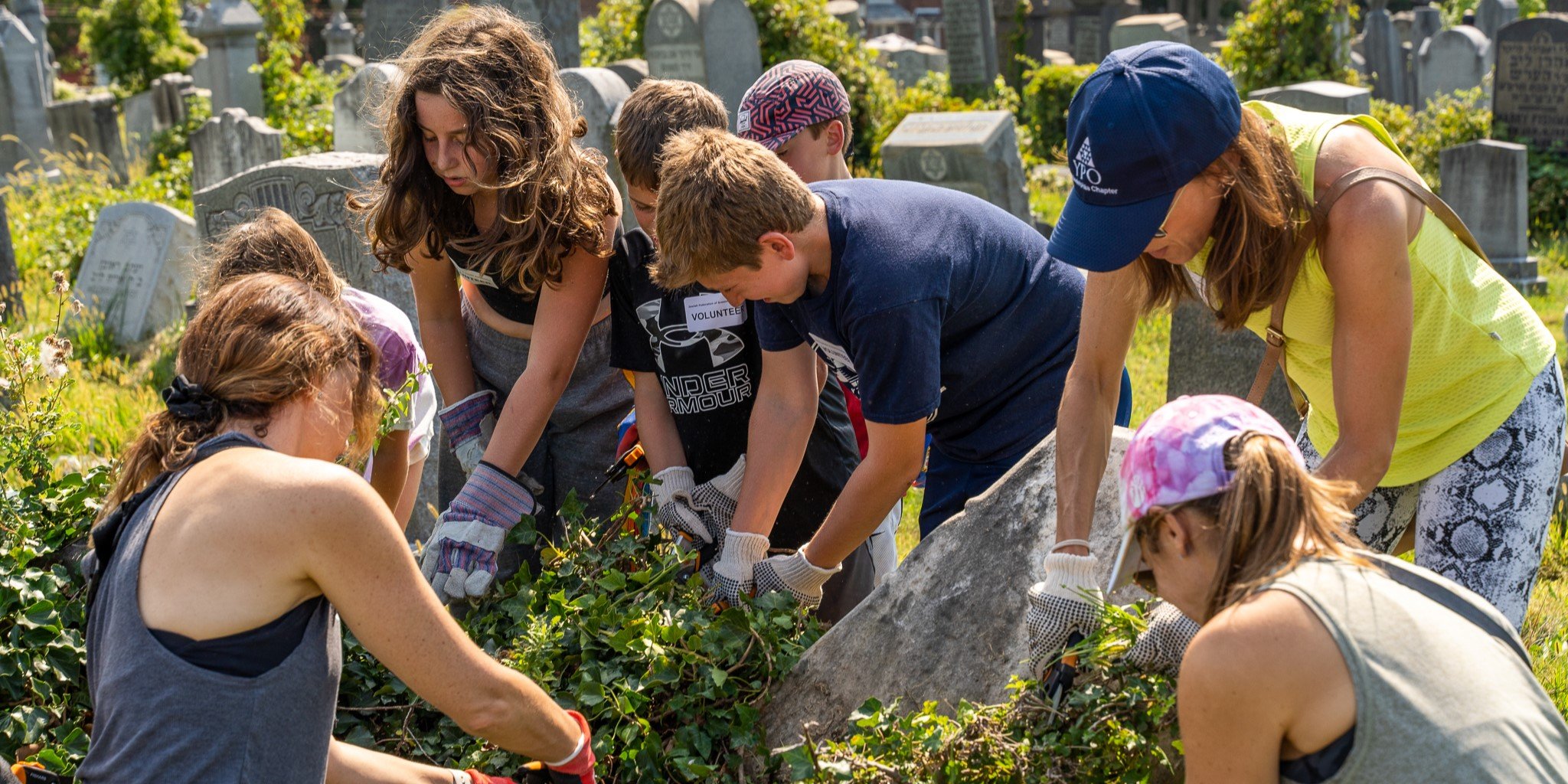 Volunteers spent the afternoon raking, picking up trash and clipping overgrown vines, followed by a brief memorial service to honor all of those buried at Har Nebo.

Participants of all ages, children to adults, helped with creating a dignified resting place for those departed.

Philadelphia is home to numerous historic Jewish cemeteries. However, many of them are at risk due to age, disrepair or neglect.

Momentum Philadelphia participants and their families also joined in the day’s volunteer efforts. Interested in joining the efforts of the Jewish Federation of Greater Philadelphia’s Friends of Jewish Cemeteries? Click here to learn more and get involved. To see more photos from Sunday’s cemetery cleanup, click here.

Buxmont Brings the Light this Hanukkah