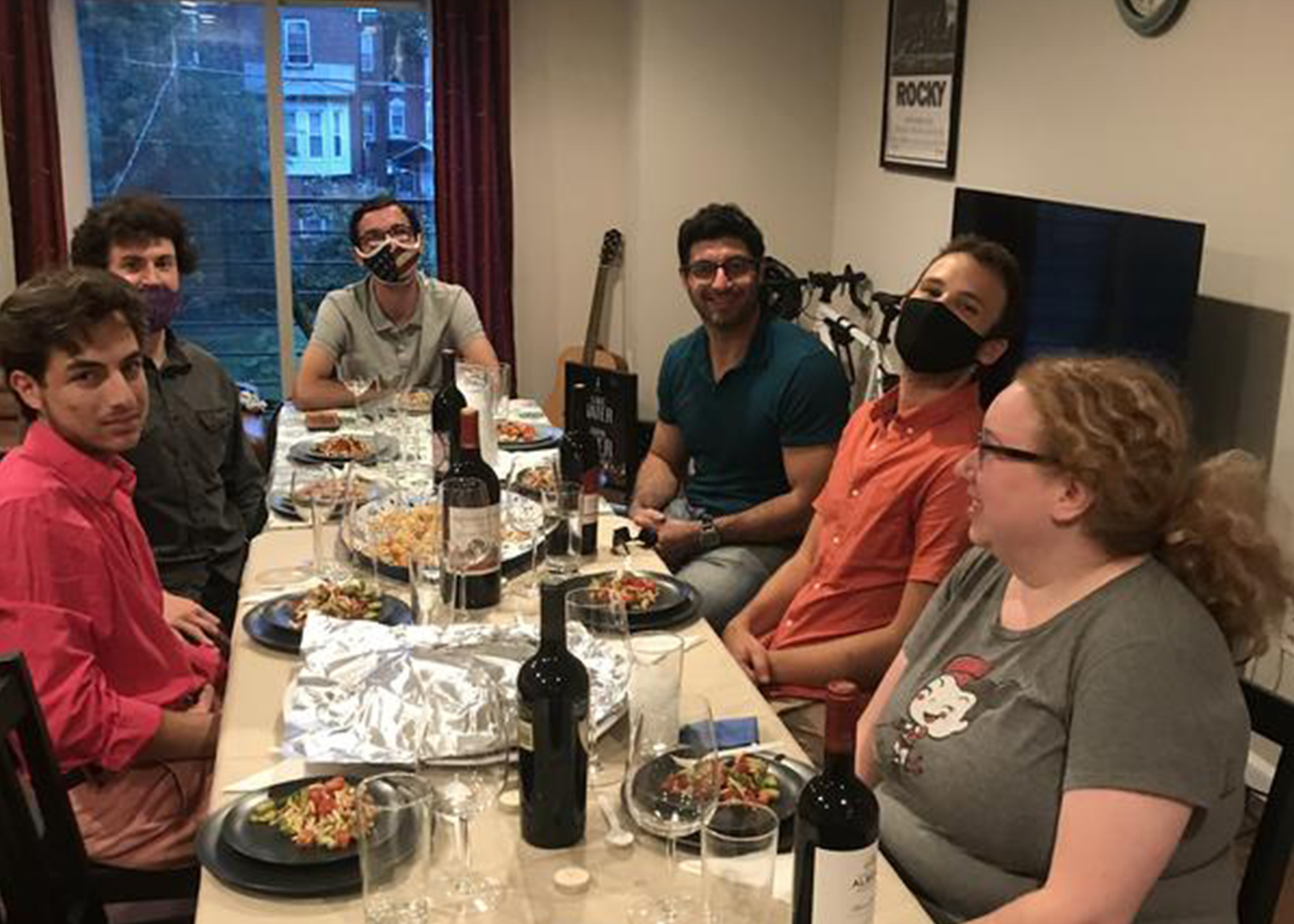 For Philly's Russian-Speaking Jews, A (Moishe) House Of Their Own

It's hard to imagine Northeast Philadelphia without its Russian-speaking population. Long a destination for immigrants from former Soviet countries, Cyrillic letters on storefronts are a common sight.

Within the Jewish community, Russian speakers make up 7 percent of households. Now, the young people of this community—first generation Americans born to immigrants and refugees—will have a unique opportunity to connect with their multifaceted identity: a Moishe House for Russian-speaking Jews in University City, supported in part by the Bernard and Etta Weinberg Fund of the Jewish Federation.

"We're a niche community but not a small one," said Tanya Zaytseva, the Community Manager for Moishe House's Russian-speaking outposts.

It's also diverse, made up of Jews from across the former Soviet Bloc, including Bukharian Jews and Jews from Central Asia. Yet many in the community face common challenges. They face barriers to religious practice caused by forced secularization and cultural erasure in the former Soviet Union.

"Russian-speakers are more likely to have grown up in homes where Judaism wasn’t practiced in the same way [as it was for many American Jews]," said Dave Press, Moishe House's Senior Director of Advancement. "'They often say, 'I don't know if I'm Jewish enough.'"

The new Russian-speaking Moishe House, one of only a handful in North America, aims to address this by providing programming created by young Russian speakers for young Russian speakers. A core group of residents live in the West Philly house full time and host events for the community several times a month. They focus on bringing in members of the Former Soviet community in a way that speaks to their shared family histories.

"Make no mistake, this generation are proud to be Jewish," said Tanya. "They want to make a connection."

She added that outreach to young Russian-speaking Jews has a multigenerational impact: "They often say, 'I'm the rabbi at home.' They bring back knowledge to their parents and grandparents."

Philly's Russian-speaking Moishe House opened in March 2020, right when the COVID-19 quarantine hit ("They adjusted so fast," said Tanya. "They did amazing.") After several months of virtual programming, they have finally begun holding in-person events again and are excited to see what the new year brings.

“These houses are a beacon of light for Russia-speaking Jews," said Tanya. "Here being Jewish isn’t a traumatic experience, it’s something to celebrate.”