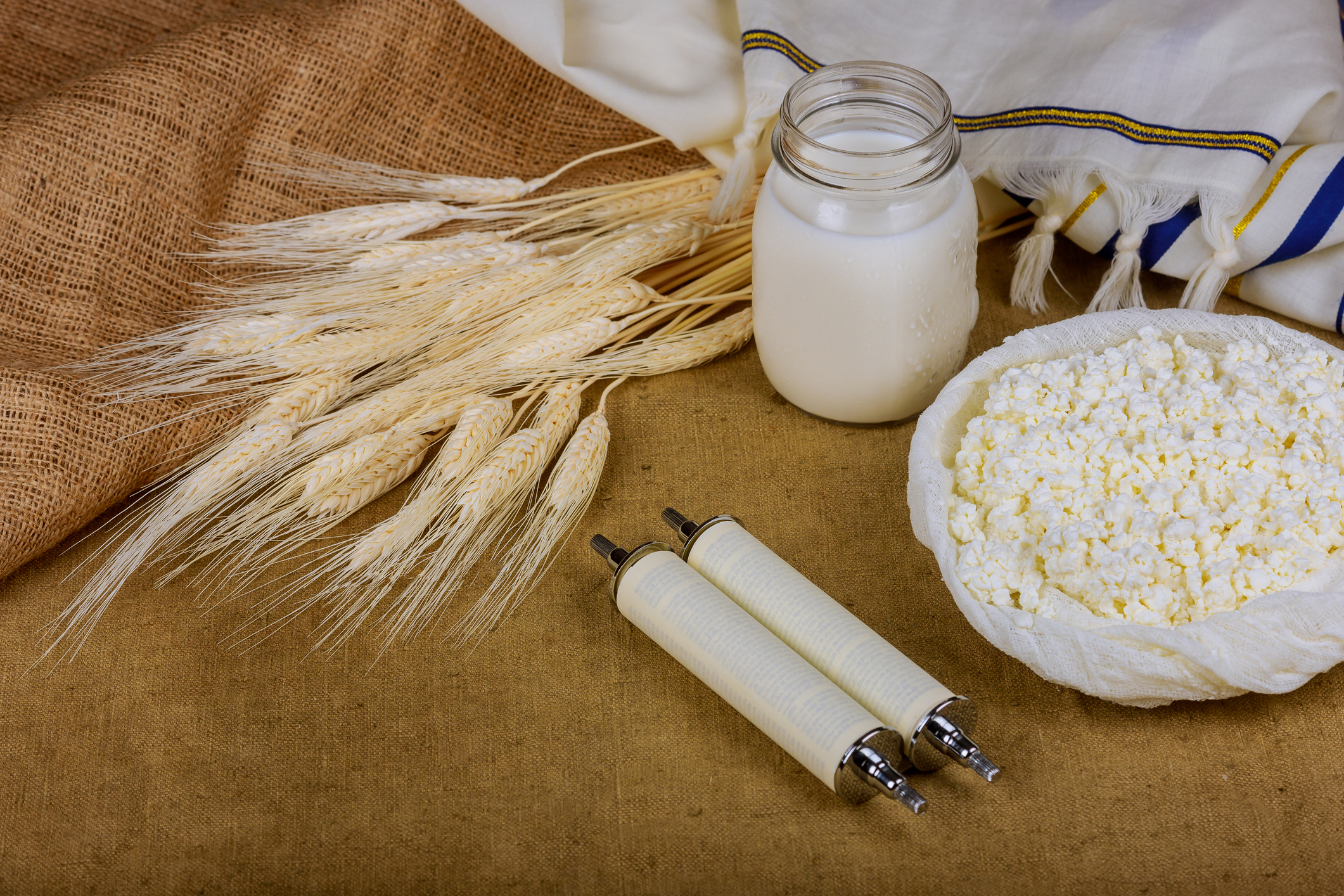 Shavuot begins in the evening of May 28, 2020. Check out our explainer on how to celebrate this joyful spring holiday!

Shavuot has a dual significance in Jewish culture. Literally meaning "Festival of Weeks," the holiday marks the giving of the Torah at Sinai, and was used as a celebration of the grain harvest in Ancient Israel. Both elements are present in today's observances, with Torah study and agricultural traditions playing an important role.

Shavuot is different from many Jewish holidays in that it has no required mitzvot associated with it, but many optional customs (minhagim). Here are just a few of them!

One of the best known Shavuot traditions is to honor the "land of milk and honey" by eating dairy foods like blintzes or cheesecake. If you have any ambitious bakers in your house, you might want to try the Bread of The Seven Heavens, a dairy-rich, yeasted bread originating in the Sephardic Jewish communities of Salonica.

Read The Book Of Ruth

Shavuot coincides with King David's yarzheit, and many Jewish communities have adopted the custom of reading the Book of Ruth. Why? Because King David was allegedly a direct descendent of Ruth herself, and the story describes a wheat harvest⁠—very topical for ancient Israelites.

Floral decorations are an important part of spring festivals around the world and Shavuot is no exception. Many people decorate their homes or synagogues with plants, branches, and flowers. This is a great way to get kids involved, and, if real greenery is hard to come by, try a crafting session!

Another of the best-known Shavuot traditions is staying up for an all-night Torah study session. This custom originated with the Kabbalistic rabbis of the Middle Ages, who had a secret weapon: coffee had just become widely available throughout the Ottoman empire.

Today, people often gather to study in groups, and, in Israel, tens of thousands conclude their Shavuot with a walk to the Western Wall for a sunrise minyan. If you want to observe this year and don't have access to books, try downloading the Sefaria app—it has 3,000 years of texts in an easy-to-use interface.