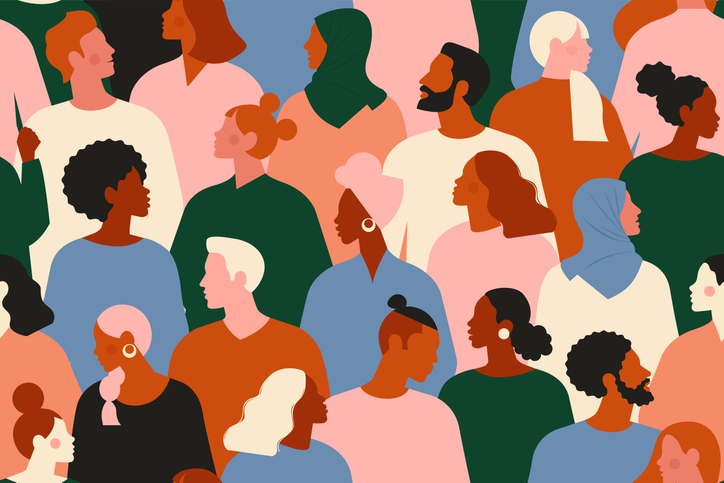 Getting To Know Philadelphia's Jews of Color

Last year, Jewish Federation released the Community Portrait, a large-scale Jewish population study of the Greater Philadelphia region. These studies, which are commissioned every ten years, bring us important information about the demographic and socioeconomic characteristics, Jewish engagement patterns and social service needs of the people we serve.

In our 2019 study, our researchers zeroed in on a demographic that remains understudied and underserved, despite making up an estimated 11-15% of the American Jewish community: Jewish people of color.

Who Is A Jew Of Color?

Our researchers defined a Jew of color as a Jewish person who identifies as Hispanic and/or any non-white racial identity—similar to the census bureau's definition. We found that 10% of Jewish households include a Jew of color, meaning 36,300 individuals in 18,400 households.

The majority of Philadelphia's Jews of color identify as Black (40%), with Hispanic (32%) close behind. Asian (20%) and American Indian (17%) represented smaller portions.

Our study found troubling evidence of inequity and unmet needs among Jews of color. Households that include a Jew of color are four times as likely as white, non-Hispanic Jewish households to be living at or near the poverty line and are four times as likely to experience food insecurity. Additionally, Jews of color do not access SNAP benefits at the rate at which they are eligible for them, and are twice as likely to be uninsured. JOCs are less likely to be employed full-time, and significantly less likely to have completed an Associate's degree or higher.

But there is also evidence of robust practice and keen Jewish interest. Jews of color are equally as likely as white, non-Hispanic Jews to belong to a synagogue, and participate as non-members (such as attending a Purim carnival) at higher rates. Thirty percent keep kosher in some way, and 1 in 5 have participated with a Chabad in the past year, compared to only 6 % of white, non-Hispanic Jews.

Jews of color are also about as likely as white, non-Hispanic Jews to say it is important to care about Israel, though they are half as likely to have traveled there. JOCs also participate in both prayer and non-traditional Jewish activities, such as a Shabbat hikes or Jewish meditation, at higher rates.

Studying our communities helps us reach each and every person. Learn more about our Jewish population study at CommunityPortrait.org.