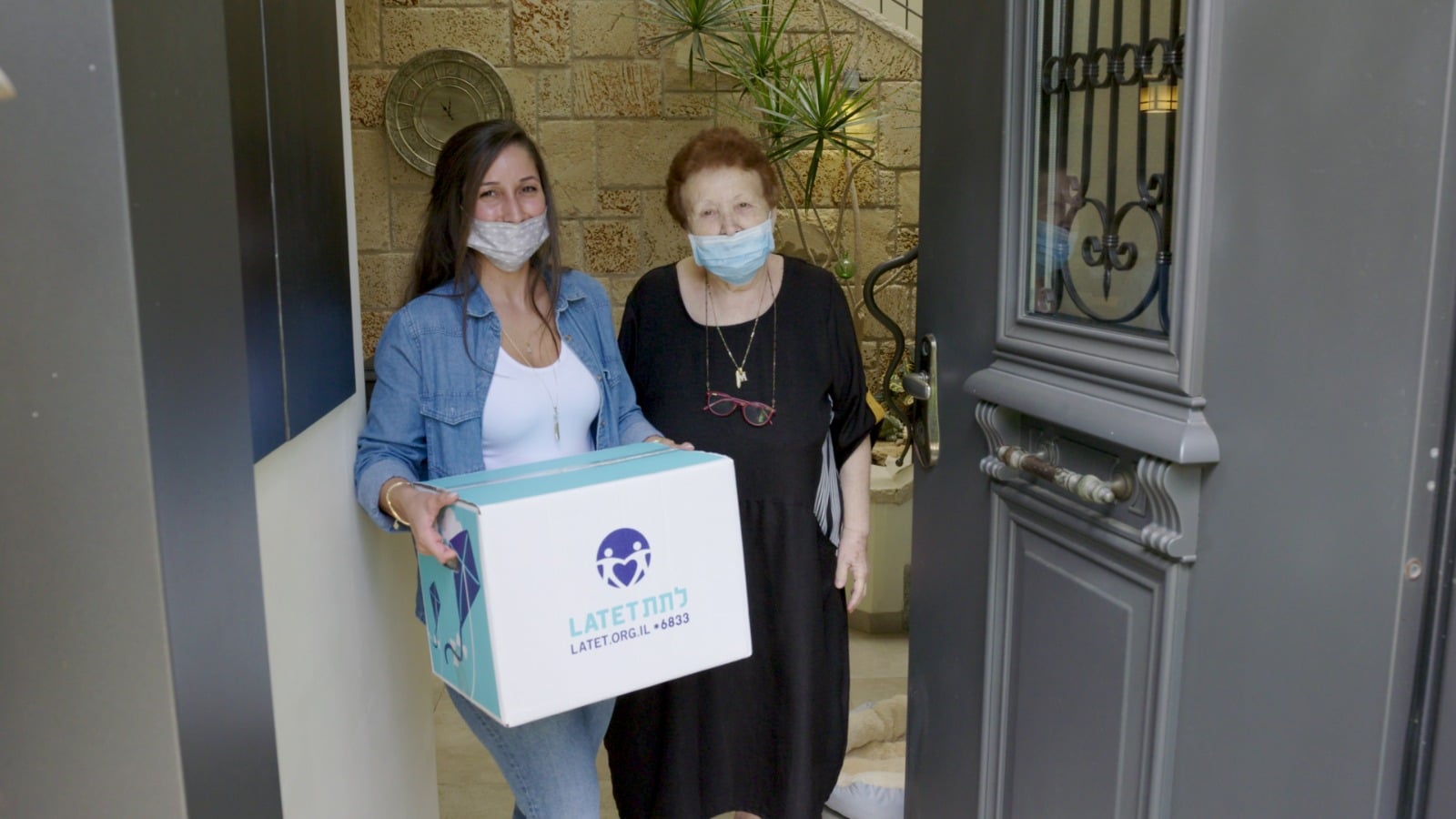 Honoring Those Who Lived: Supporting Impoverished Holocaust Survivors in Israel

“Somebody has to help the Holocaust survivors in their last days,” said Dov Yakubovitch z”l, a survivor of Auschwitz concentration camp. “If there are people who care about them, the smallest gesture can help. It warms my heart to know someone cares.”

Latet acts an umbrella organization for 180 local associations, operating the leading national food bank and running holistic aid programs for thousands of people in need. In 2007, they introduced the Aid for Life program to specifically address the needs of Israeli Holocaust survivors. This initiative provides a wide array of services, including food, dental, eyeglasses, hearing aids, diapers, home repairs and volunteer companionship.

Many of Israel's survivors are living out their old age alone and in poverty. According to the Knesset, around 170,000 to 180,000 Holocaust survivors live in Israel. Out of that number, approximately 45,000 survivors lack the means to live with dignity. 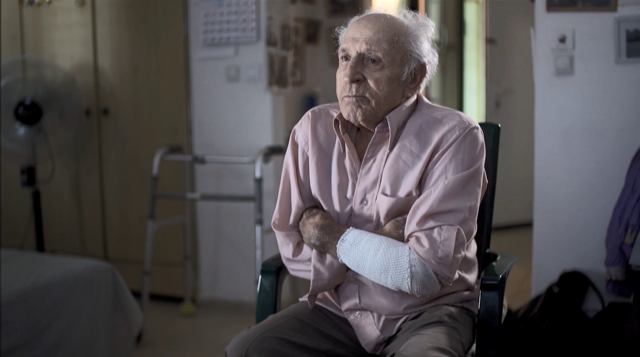 “They're elderly people, and we have a moral duty towards them,” explained Pittiglio, whose own grandmother survived the Holocaust in France. “They went through the Shoah, they built the country with their bare hands and today, one quarter of them live in poverty.”

David Wagner, 94, is one of many survivors who built the “country with their bare hands,” but is now impoverished and relies on Aid for Life.

“There is not one job I didn’t do in Israel. Agriculture, carpentry, fishing,” said Wagner.

But it wasn’t enough. Wagner struggles financially, living off his social security stipend and the little he receives as a Holocaust survivor.

“I fought for this country and didn’t receive anything in return,” explained Wagner. 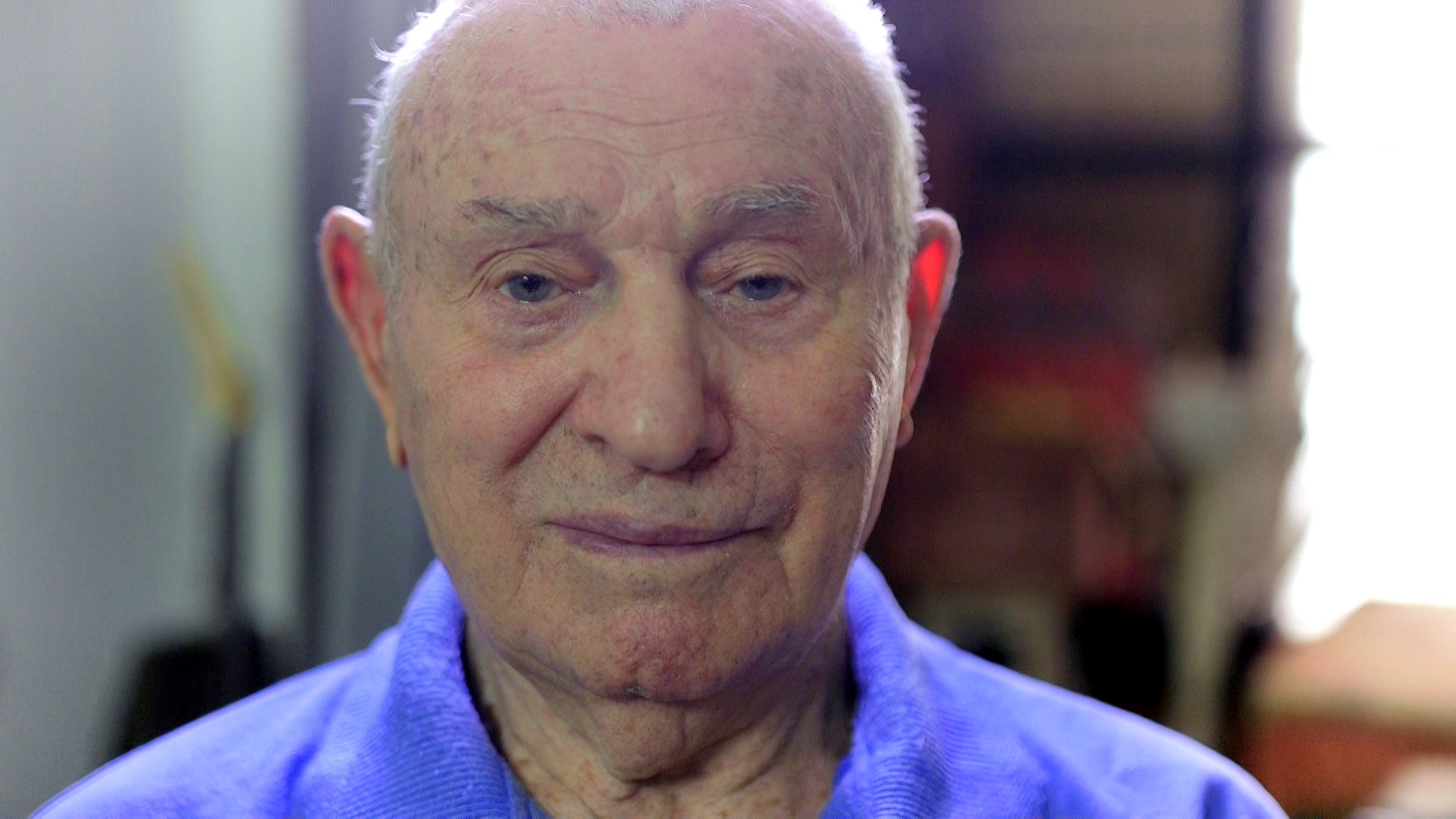 More important than the tangible assistance Wagner receives from Aid for Life, he appreciates that the program makes him feel less alone.

“Latet doesn’t give me just a box of food. The girl who’s bringing the box isn’t leaving right away,” said Wagner. “She sits with me, we talk, we’re friends.”

Each Holocaust survivor is paired with a dedicated volunteer who visits them on a regular basis. Volunteers are screened and selected on their level of commitment, reliability and aptitude to connect with older populations, particularly those who have faced insurmountable trauma.

“Everywhere in the world, the number one problem with elderly people is loneliness. It has an effect on psychological health and even on their physical health,” said Pittiglio. “A lot of them are living alone in their houses and they have no contact with the outside world, so it's important for us to alleviate their loneliness.”

Over the past year, the COVID-19 pandemic has exacerbated isolation among aging populations. In addressing this need while maintaining safety practices, Aid for Life volunteers increased their contact efforts through phone calls. Some have even had conversations through closed doors as a safe alternative to speak with survivors.

Typically, Aid for Life serves around 1,000 Holocaust survivors. Within the first three months of the pandemic, that number rose to 3,300. This is in addition to the 15,000 elderly people who are not Holocaust survivors that Latet serves.

On top of annual funding, the Jewish Federation proudly gave Latet multiple rounds of emergency funds to meet the growing needs of their clients during the pandemic. The Jewish Federation also allowed Latet to allocate their overall funds to areas that needed the most support — such as the Aid For Life program.

“It was incredible to have that trust and to be able to use the funds where they were needed most,” said Pittiglio, noting that the Jewish Federation is one of Latet’s oldest relationships. “That trust is the best you can ask for from a partner.”

The Jewish Federation of Greater Philadelphia is committing to supporting survivors and providing Holocaust education to the next generation. Donate today and support programs like these. 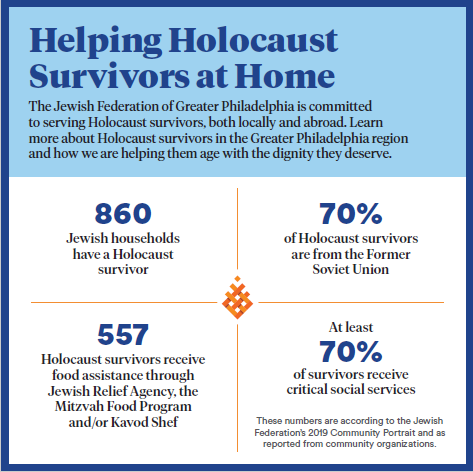