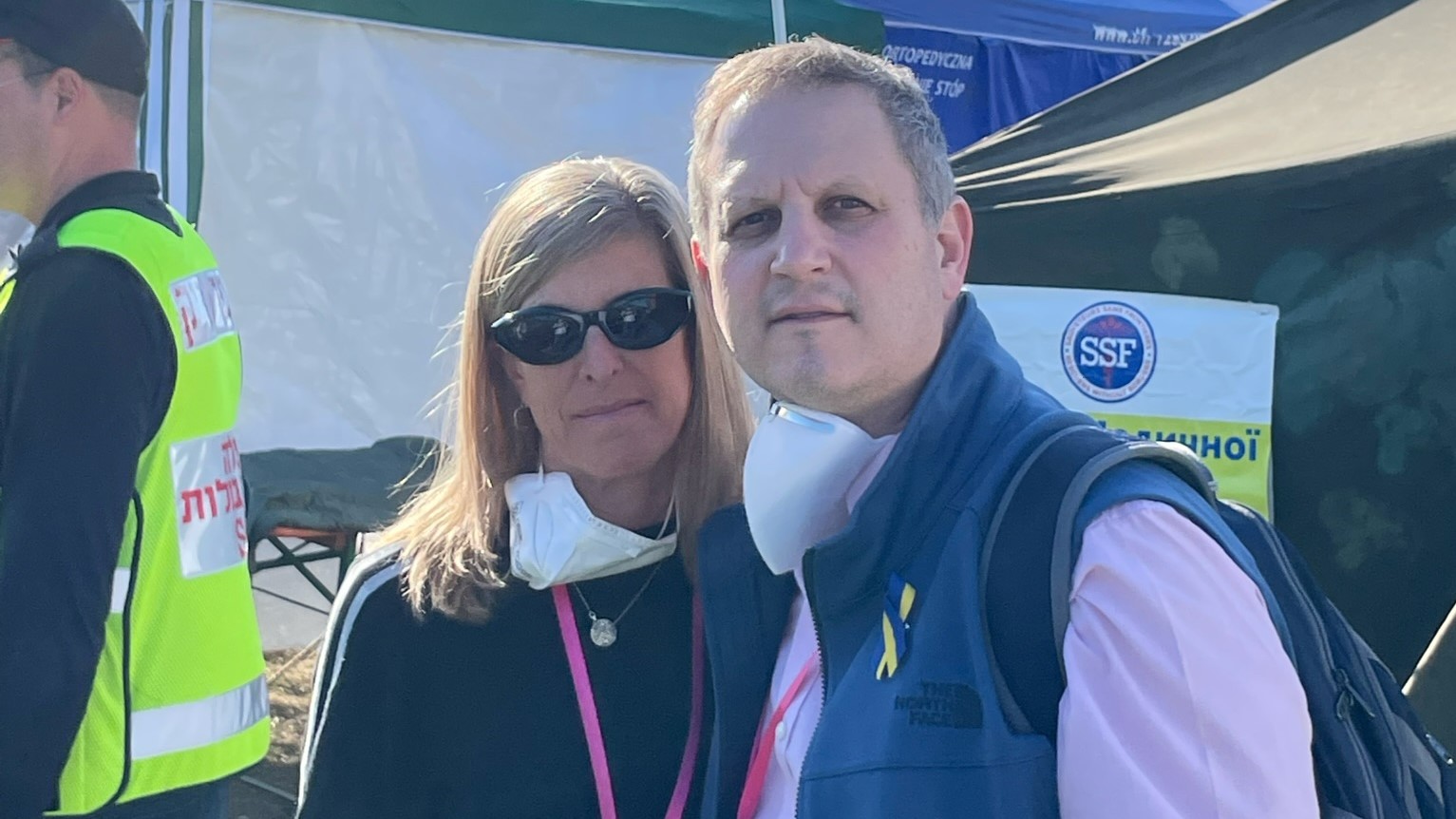 On March 20, the Jewish Federation of Greater Philadelphia’s CEO and President Michael Balaban and Board Co-Chair Gail Norry traveled to the Poland-Ukraine border, where over two million are pouring in to seek safety and shelter. The two were part of a small delegation of leaders from Jewish Federations across the nation to participate in this mission to assist Ukrainian refugees and gain firsthand knowledge of the situation on the ground in order to spread awareness back at home.

Throughout their visit, Balaban and Norry met with agency partners who are providing lifesaving services and bore witness to the immense suffering and pain of these displaced people.

“The level of emotional trauma is unimaginable," Balaban recounted. “These are incredibly resilient people. They have survived the unimaginable, and to be put through this again in their lifetime, I can't even put into words.” 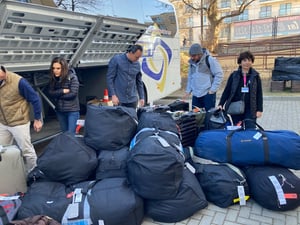 Michael Balaban and Gail Norry arrived in Poland with around 600 pounds of relief supplies.

Balaban and Norry arrived in Poland with a determination to help and around 600 pounds of supplies for refugees, including food, hygienic products and toys. The refugee camps were predominantly occupied by women, children, elderly and people with disabilities, since most men have been banned from leaving the country.

"Michael had the best idea to bring some Barbie dolls and stuffed animals, and I had some chocolates," Norry explained. “Just to be able to hand a little girl a Barbie doll and put a smile on her face was something I’ll never forget.” 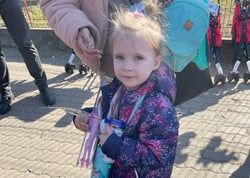 Poland’s own tragic Jewish history reverberated as they met Holocaust survivors, such as a 97-year-old woman who had to flee her home once again. Balaban and Norry also felt their own family history as they traveled through the country.

“The drive to the border went through our grandparents’ Poland, once home to the largest and most vibrant Jewish community in the world,” said Balaban. “We were haunted by signs for Polish towns, like Majdanek and Treblinka, places where our people were tortured and gassed.” 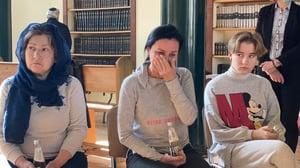 Displaced refugees tearfully share their stories inside a synagogue.

Even after returning to Greater Philadelphia on March 23, the heartbreaking stories Balaban and Norry heard from survivors remained clear in their minds. One such account was that of a mother and her 15-year-old daughter who spent a few days in hiding before making it to the border. The mother shared how she had to “prepare” her daughter for what to do if she didn’t make it out alive.

“They literally broke into a shelter and slept on a dirty floor without electricity, any kind of running water or toilets,” Norry described.

Balaban and Norry met with agencies that are using funds from the Jewish Federation to help people like this mother and daughter. Agencies include the American Jewish Joint Distribution Committee (JDC), The Jewish Agency for Israel (JAFI), World ORT and United Hatzalah.

“It’s both heartbreaking to see but wonderful to know that through our partners we are caring for them,” Balaban explained. “The scope of the refugee crisis is immense, but one that we cannot and will not turn away from.” 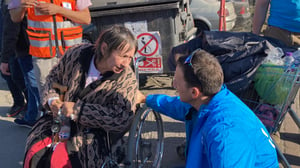 A JDC professional aids an elderly woman at the border.

This mission was part of the Jewish Federations of North America’s ongoing efforts to provide relief aid to the Ukrainian Jewish community, an estimated 200,000 Jews, that has been affected by the war. Across the nation, Federations have launched a national Ukraine Emergency Response Fund to secure the local community and its institutions, provide temporary housing, and help Jews make aliyah to Israel, among other goals. As of March 31, the donations have already exceeded $40 million.

"We really had the opportunity to see, unfortunately, the worst of humanity, but also the best in the work that we’re doing through our partners," Norry reflected. “Our dollars are literally saving lives.”

WATCH: Reflections from the Border