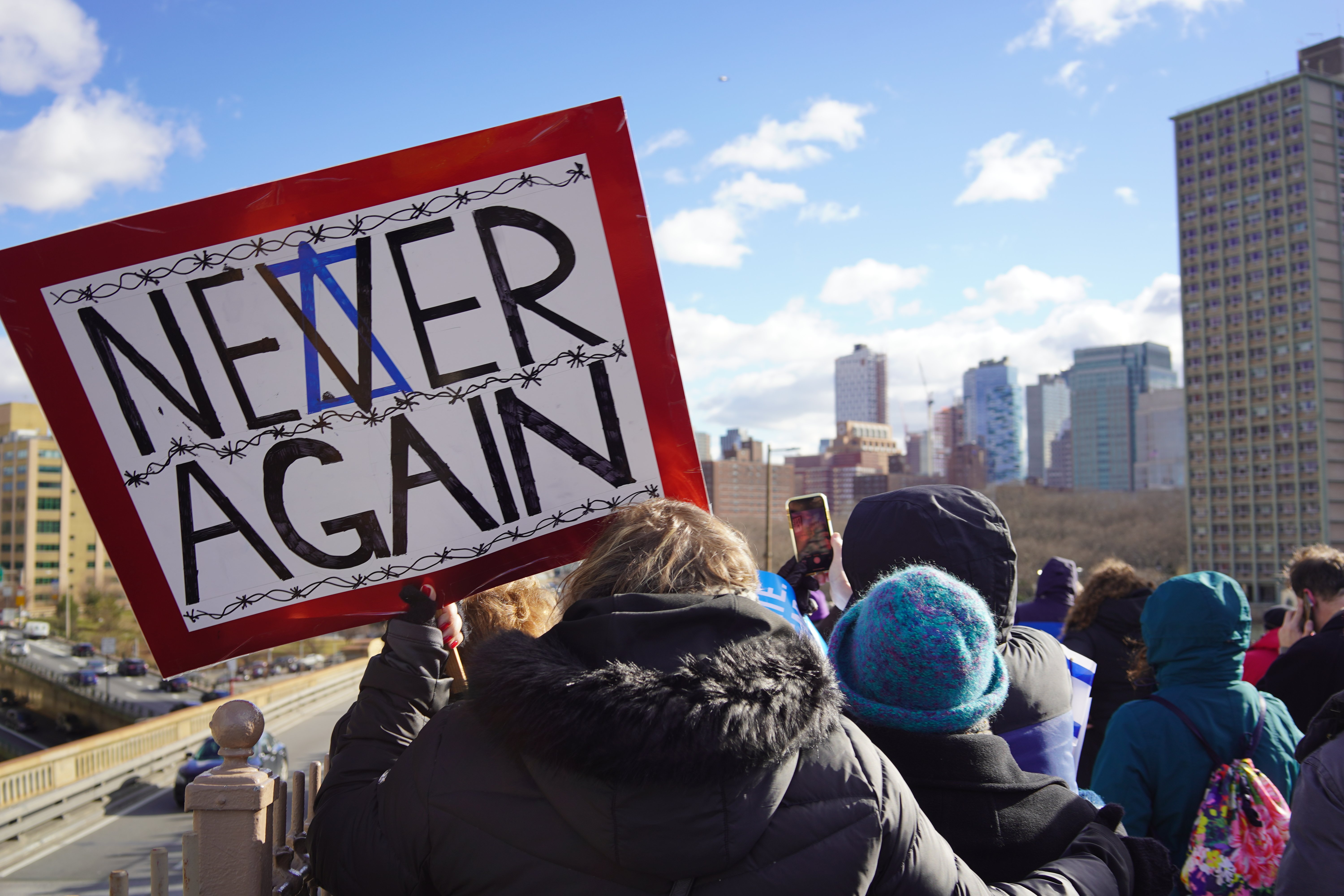 Photoessay: The “No Hate No Fear” Solidarity March

On the morning of Sunday, January 5th, 150 members of our communities set out together for Manhattan on their way to the No Hate No Fear Solidarity March. The march, organized days earlier by UJA-Federation of New York and dozens of other Jewish groups, was a protest against rising anti-Semitism in and around New York City, including violent attacks in Monsey and at a Jersey City kosher supermarket. Our Jewish Federation provided bus transportation from four Greater Philadelphia locations: Center City, the Main Line, Old York Road and Lower Bucks. Our marchers disembarked at Foley Square to join a crowd 25,000 people strong. 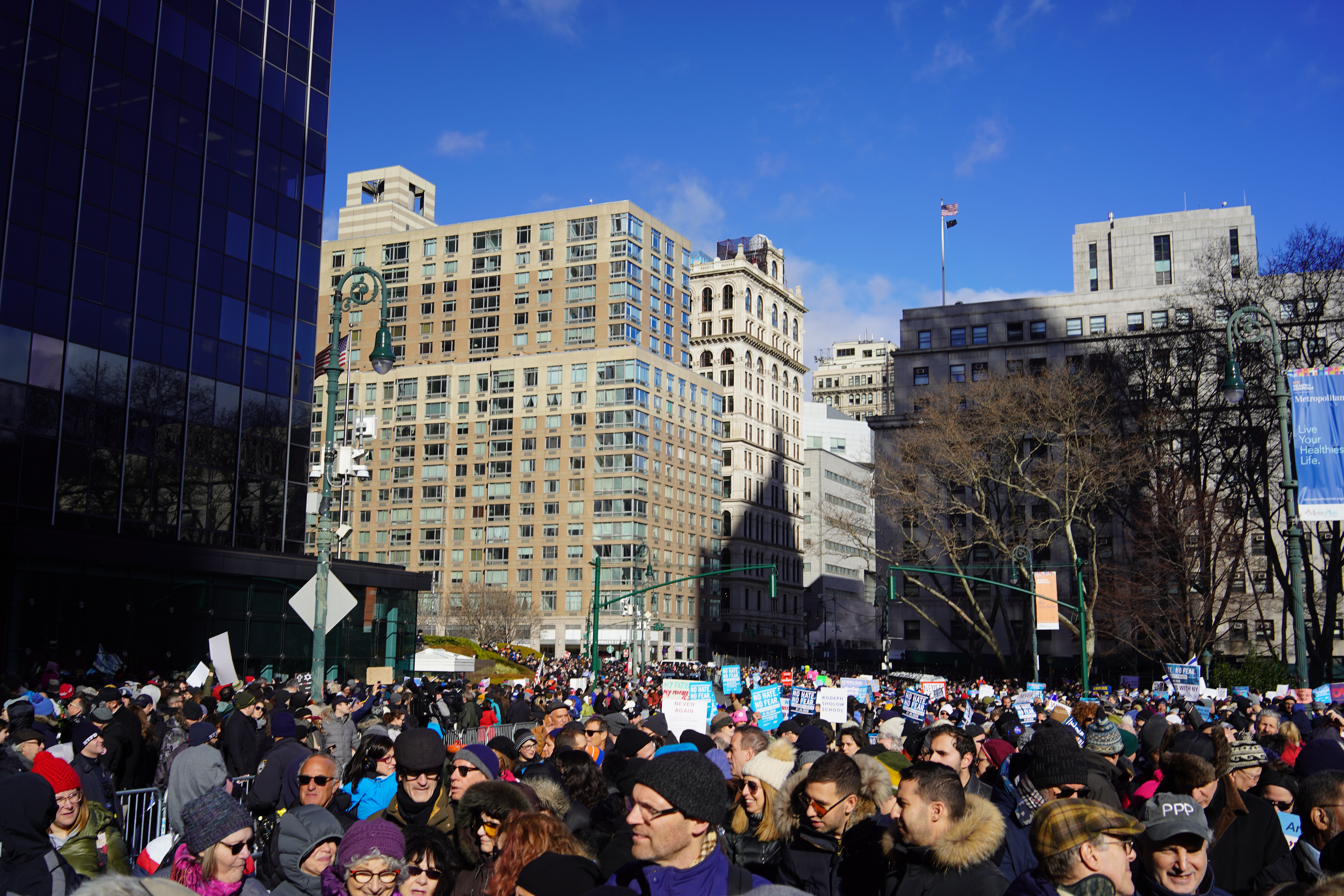 To everyone’s wonder and delight, the united Jewish community had come out in droves, as had people of all faiths, races and backgrounds. People played guitars, sang and smiled. Some wore t-shirts that said “Proud to be a Jew” or dressed like the Statue of Liberty or waved American and Israeli flags. The reason for marching was a solemn, but the mood was one of uplift and calm. 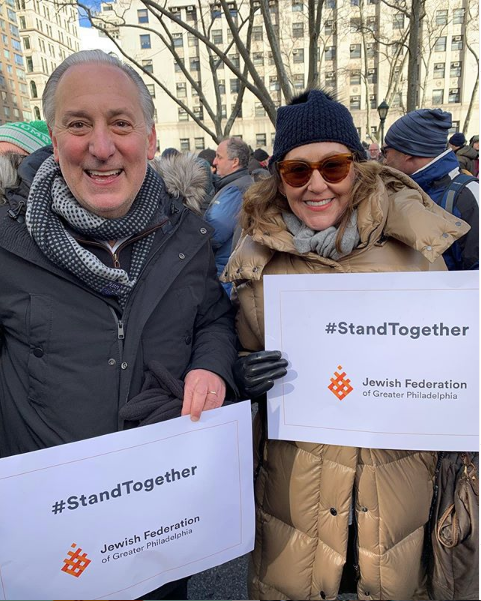 Jewish Federations of North America CEO Eric Fingerhut expressed his appreciation to our Board Chair Susanna Lachs Adler (above) for our having travelled up from Philly. Others had come from even farther: the group saw marchers from Boston, Washington D.C., Ohio, and even a crew whose sign read “MINNESOTANS PUT HATE ON ICE.” The crowd stretched as far as the eye could see. Slowly it began moving toward the Brooklyn Bridge. 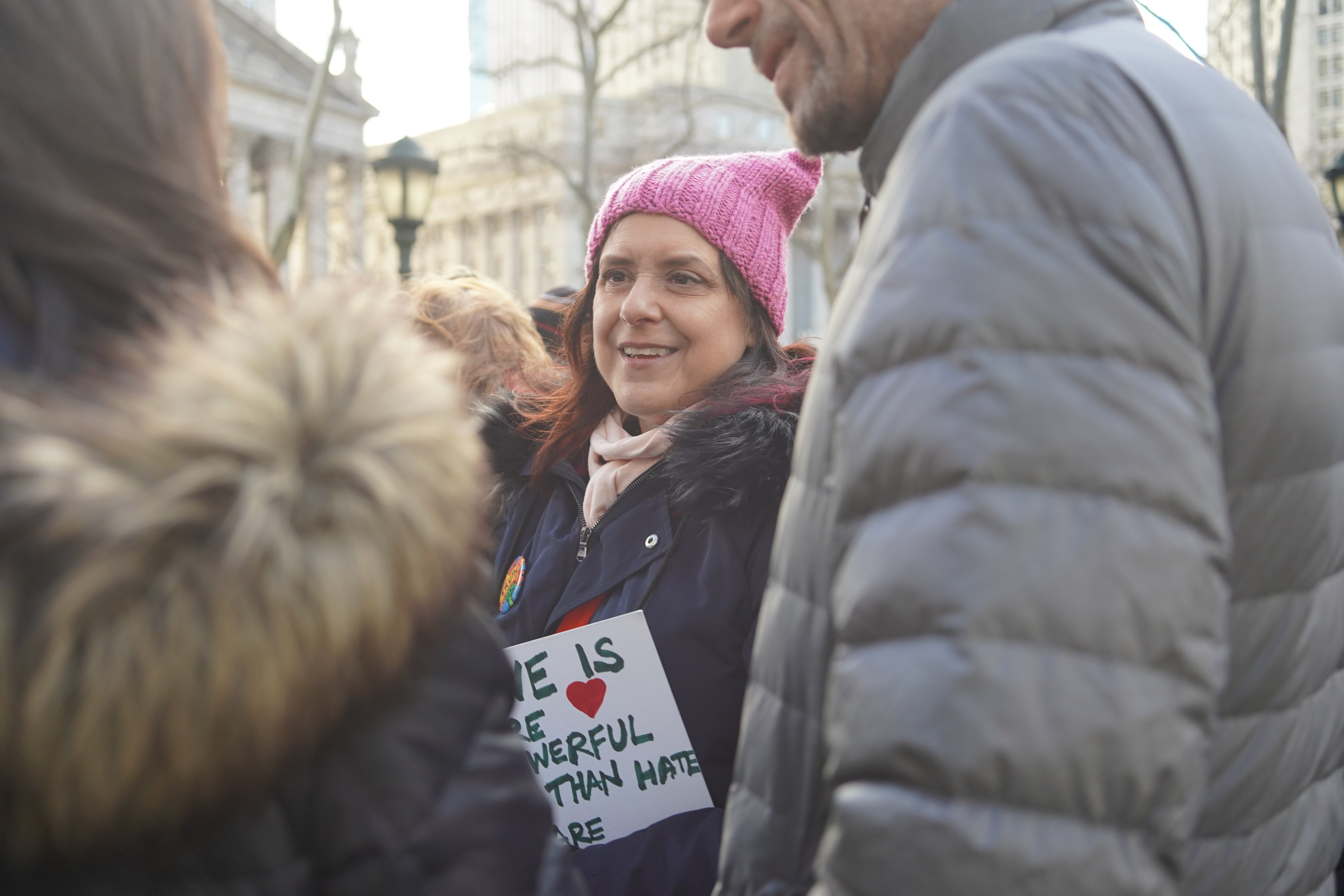 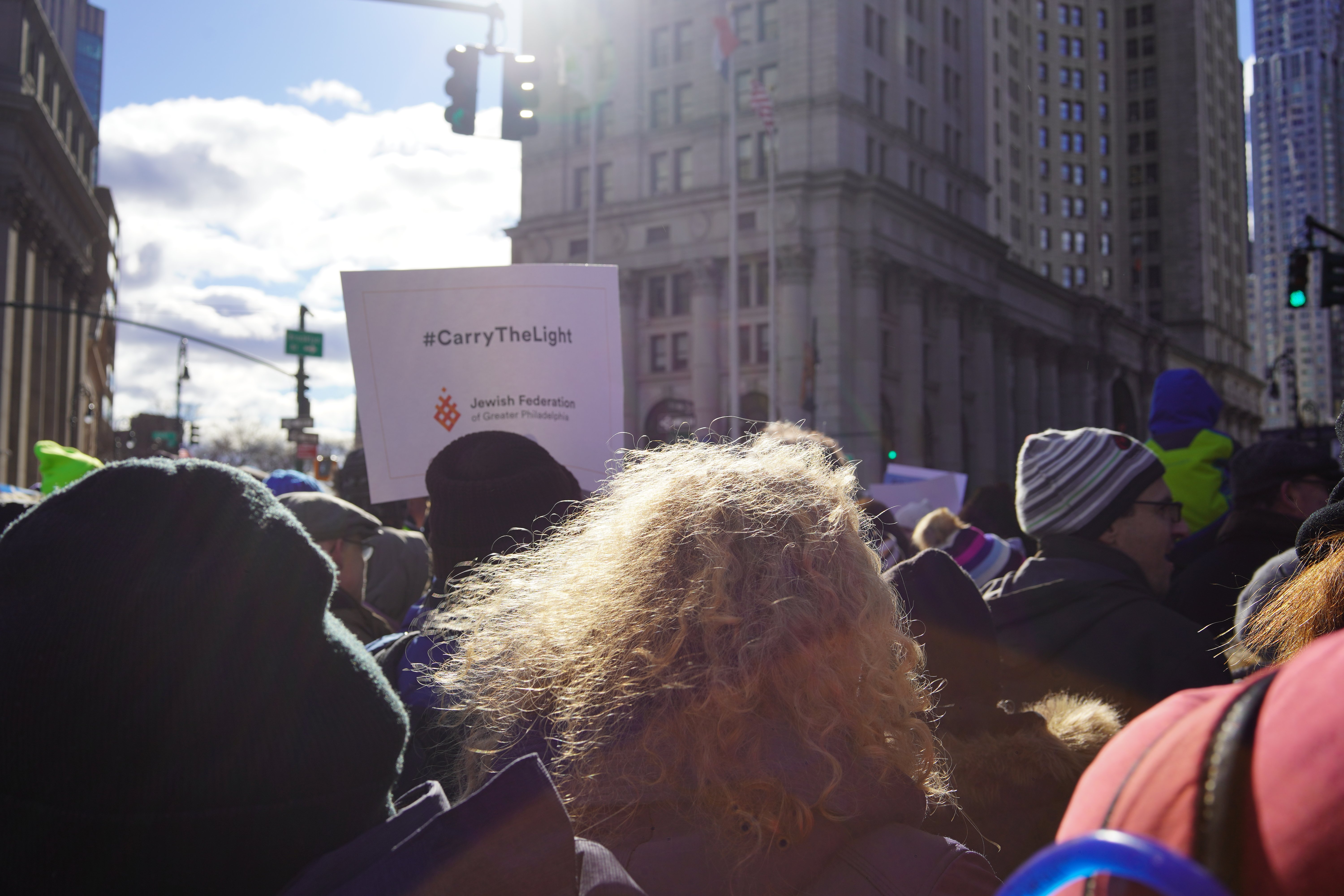 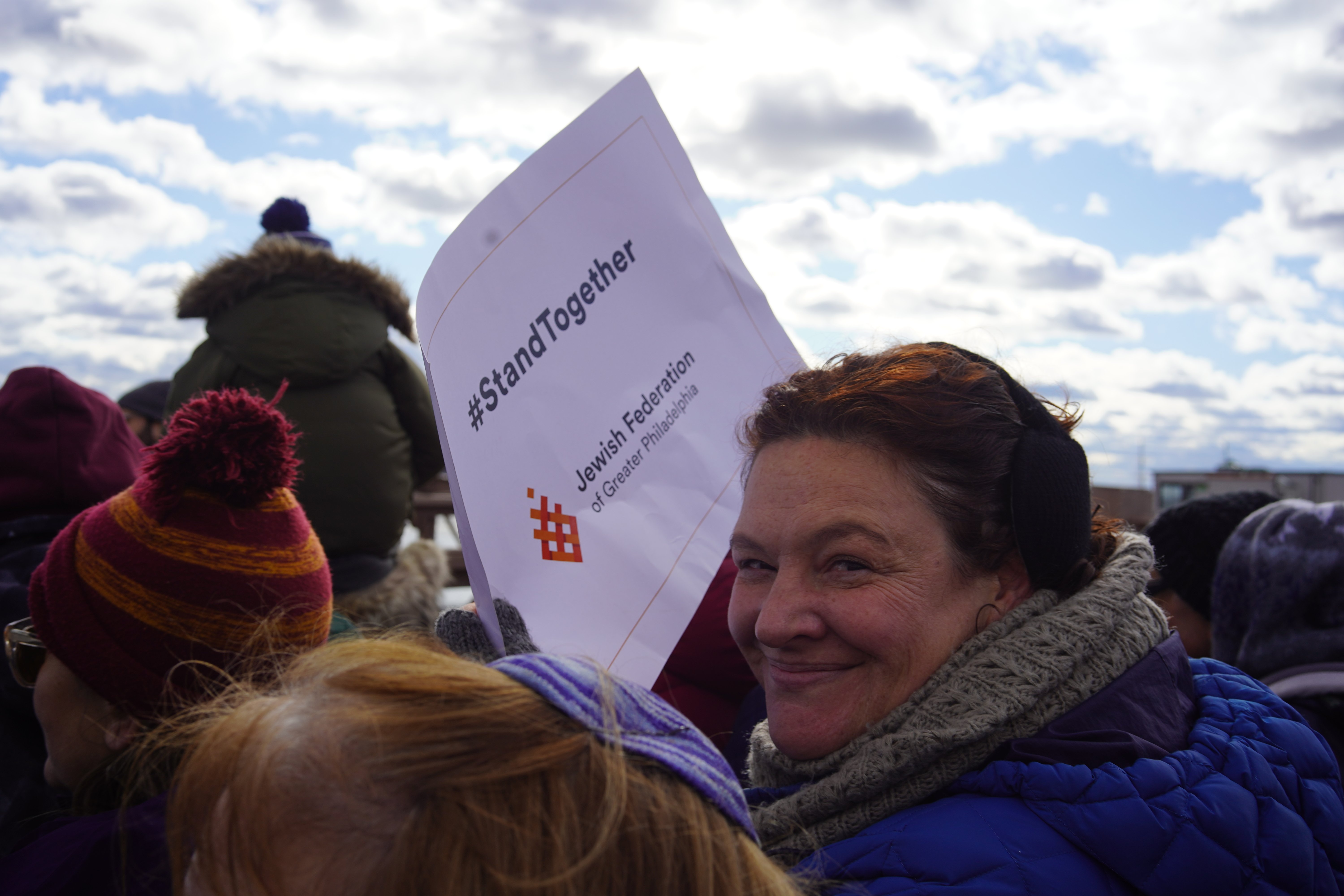 “I loved seeing so many people joyfully coming together,” said Addie Lewis Klein (above), our Jewish Federation’s Community Engagement director. “It felt empowering to be standing up in solidarity and celebrating the unity of the Jewish community, in all of our diversity.” 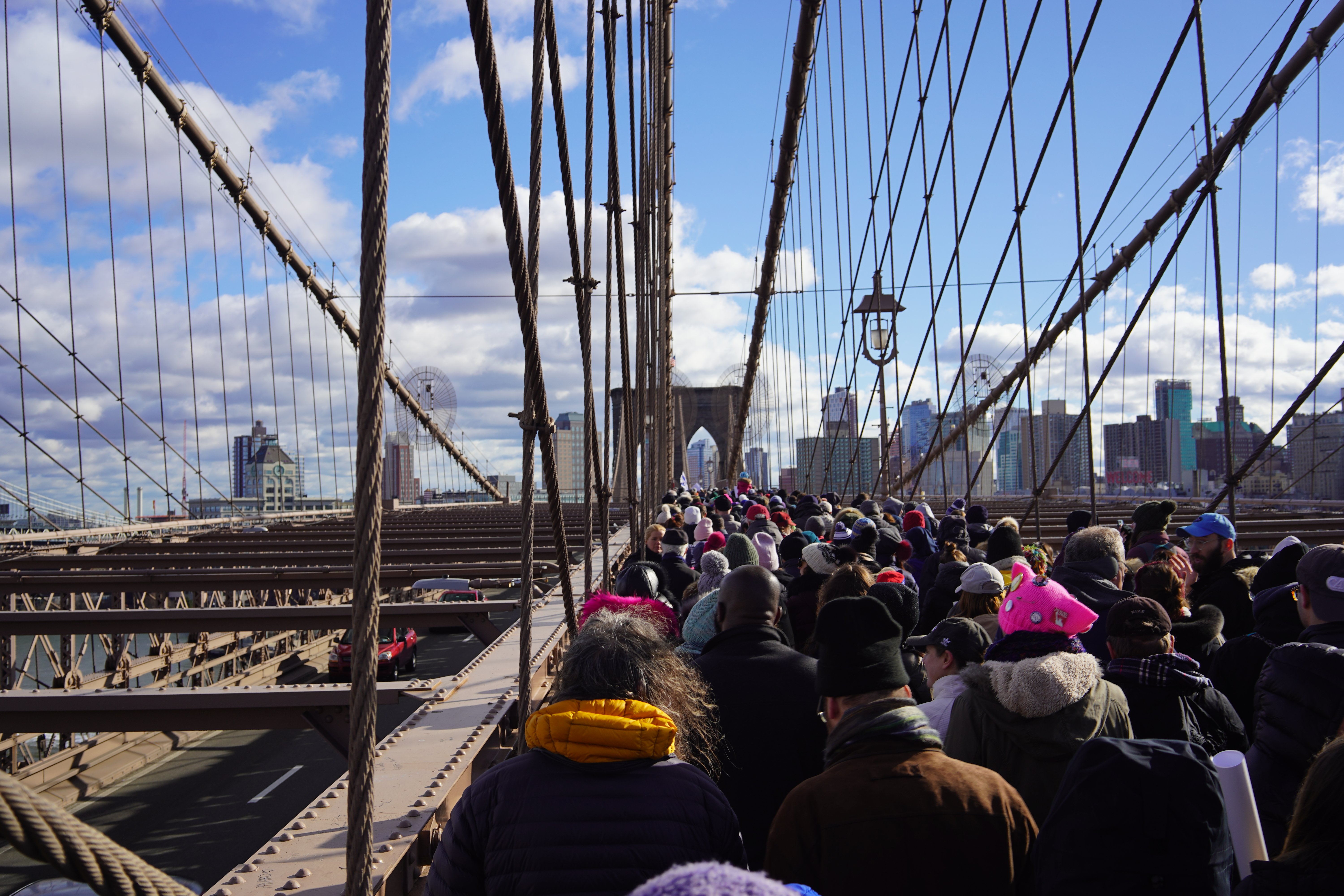 As 25,000 Jews and allies traversed the Hudson en masse, few could resist making comparisons to the crossing of the Red Sea. “Two, four, six, eight, no more violence, no more hate!” people chanted during the mile-long walk. Behind them lay the Manhattan skyline and ahead, Brooklyn, where a rousing rally awaited; among the noted speakers was New York Times writer Bari Weiss, who recently spoke with us at the Main Event. “We are the people whose G-d never slumbers or sleeps, and so neither can we,” she would tell the crowd. “We are the lamp-lighters. We are the ever-dying people that refuses to die. The people of Israel lives now and forever.”

Our Greater Philadelphia marchers then boarded the buses for the journey back to Philadelphia, feeling fortified, motivated and brimming with the message: Am Yisrael Chai.