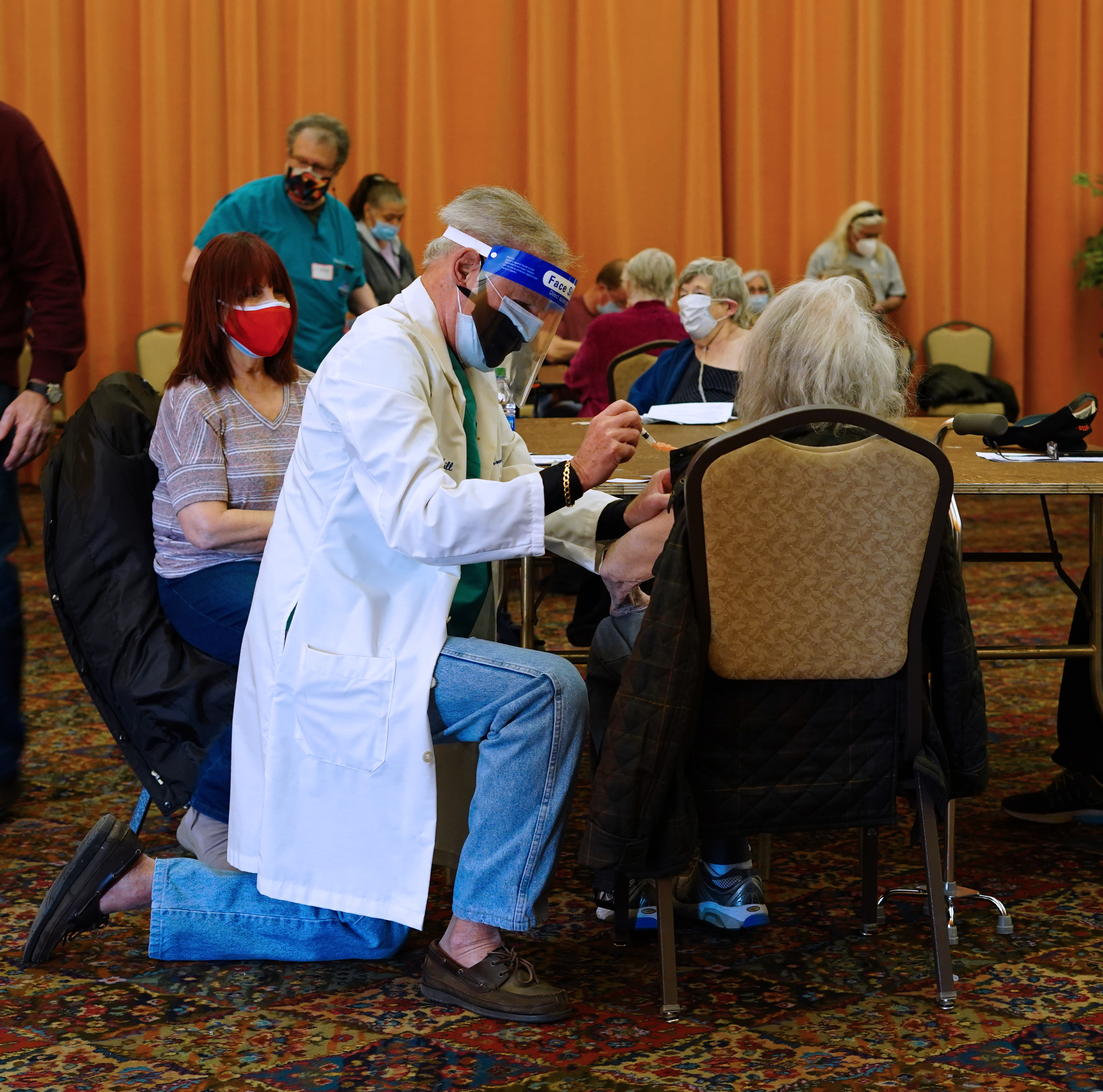 On Friday, March 19, the Jewish Federation of Greater Philadelphia and the Kehillah of Old York Road partnered with Wellness Pharmacy Services to provide 1,400 vaccine shots in a single day for community members, the majority of whom were aged 65 or older.

After Kayly Sei, President and Co-Founder of Wellness Pharmacy Services, asked Addie Lewis Klein from the Jewish Federation and Kim Decker from the Kehillah of Old York Road for help in serving the 65+ community, the duo quickly jumped into action. In less than four days, they had a plan and an organized program to give vaccines to this age demographic, an at-risk population who had comparatively less success in online scheduling of vaccine appointments.

Making this remarkable day of service happen within such a short time frame was no easy feat. But it was made possible by the efforts of Jewish Federation professionals, more than 100 volunteers — including medical staff — and the team at Keneseth Israel Synagogue (KI), which generously hosted the event.

“It was remarkable to have the Jewish Federation and Old York Road community, with support from leadership and lay leadership of the many synagogues and Jewish institutions in the area, come together so quickly to help make this day happen,” said Decker.

In order to assist with the technological aspects, the Jewish Federation created a one-day phone bank to schedule 50 appointments for each 15 minute increment from 9:00 a.m. - 5:00 p.m. Appointments were available by phone only, which was managed by a mix of Jewish Federation professionals and volunteers answering non-stop calls.

More than 1,400 community members received their first shot at Kl Synagogue in Elkins Park and will return for their second dose in mid-April.