As we begin a new Jewish year, we hope to strengthen both our own community and those of our neighbors. Thirty-one Philadelphians decided to change words into action and traveled to the American South to continue the dialogue between the Black and Jewish communities. In this iteration of the Civil Rights Mission, the Jewish Federation of Greater Philadelphia’s Jewish Community Relations Council (JCRC) was joined by ADL Philadelphia and AJC Philadelphia/Southern New Jersey. From September 17 through September 20, participants visited Atlanta, Georgia and Montgomery, Selma and Birmingham, Alabama, gaining insight into the movement that helped shape our nation.

“Being a part of the JCRC mission opened my eyes to the civil rights fight of the 1950s and 1960s and how similar it is to current efforts to take rights away in the 21st century,” said Dave Gold, Civil Rights Mission chair of the Jewish Federation. “We teach our children to fight against hatred and bigotry, including antisemitism, and we must continue to stand up and fight for the rights that some are trying to take away now.”

During this mission, participants honored the leaders who fought against discrimination and injustice and explored the narrative of Jewish participation during the civil rights movement. Some of the most profound moments of this experience included hearing the story of Leo Frank, a Jewish man who was falsely convicted of murder and lynched in 1915, and meeting Joanne Bland, a witness and participant in the infamous 1965 “Bloody Sunday” voting rights march across the Edmund Pettus Bridge. 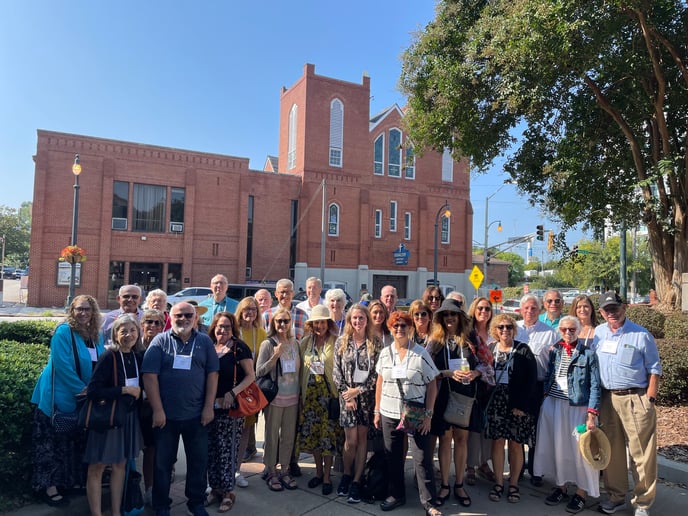 In Atlanta, participants experienced a Sunday service at Reverend King Sr.'s historic Ebenezer Baptist Church. Dr. Martin Luther King Jr. served there as co-pastor with his father for eight years, until his assassination in 1968. 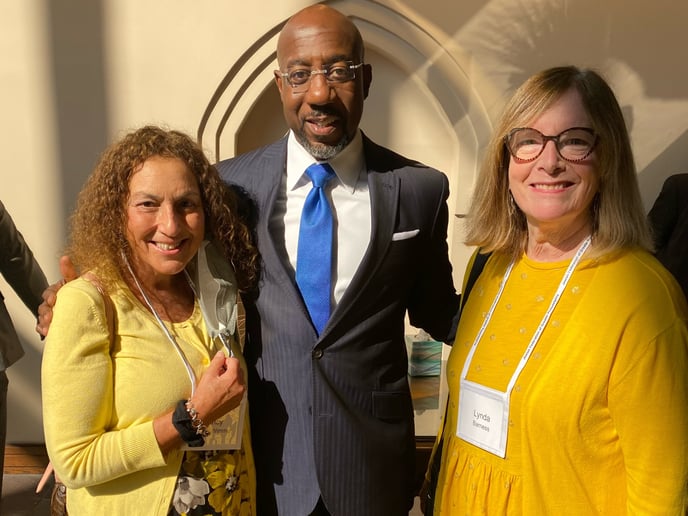 Participants Nancy Wimmer (L) and Lynda Barness (R) pose with Reverend Dr. Senator Raphael Warnock. The mission heard a sermon from Senator Warnock, who has served as senior pastor at Ebenezer Baptist Church for over 16 years. 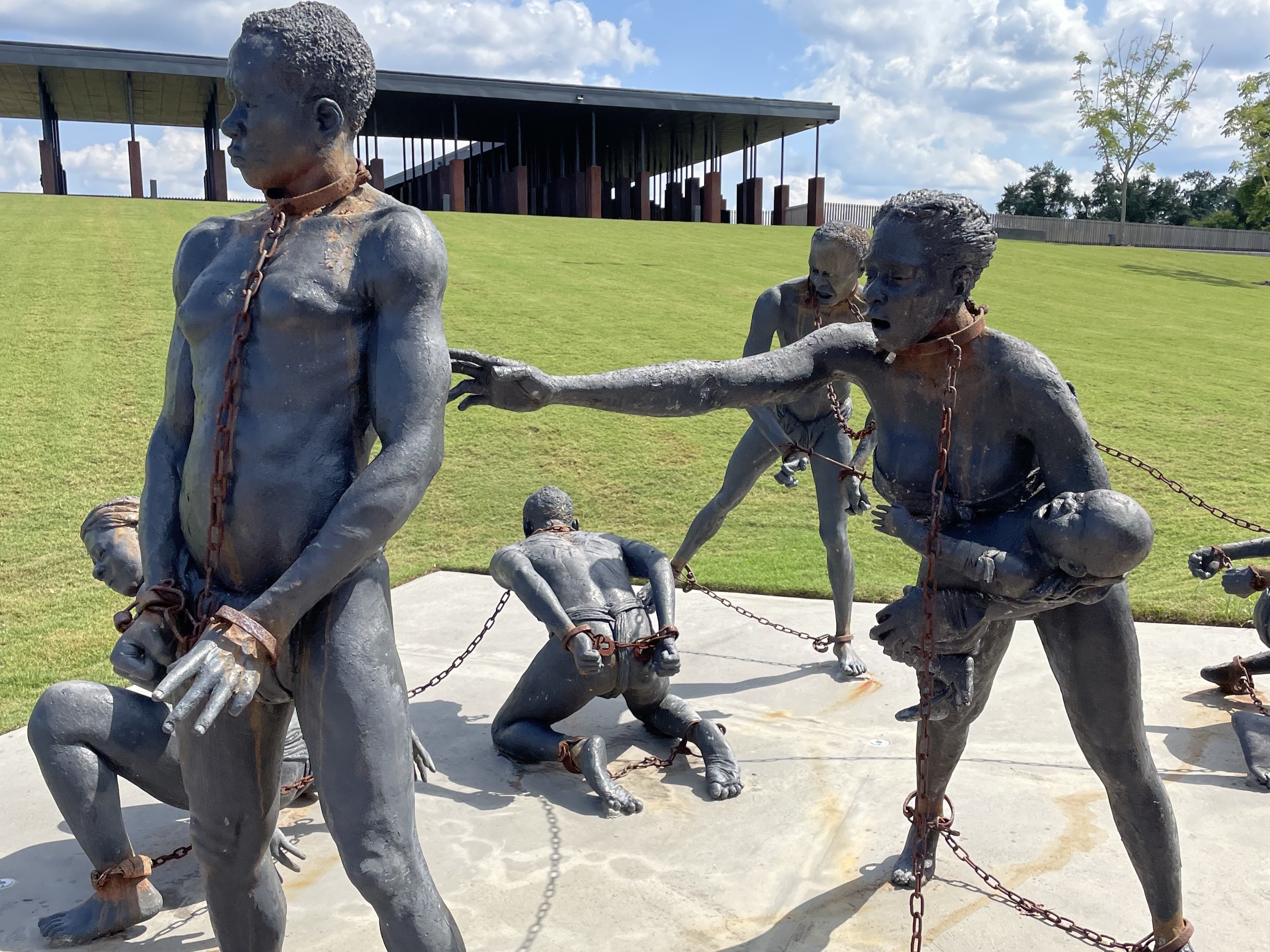 In Montgomery, the Civil Rights Mission visited the National Memorial for Peace & Justice, the first national memorial for victims of lynching. At this memorial, funded by the Equal Justice Initiative, participants paid their respects to Zachariah Walker, a Black man from Coatesville, PA, who was lynched on August 13, 1911. The mission walked the bus route that Rosa Parks took before being arrested. They learned about the many leaders behind the Montgomery Bus Boycott and the movement in Selma. Bishop Calvin Woods, pastor of Shiloh Baptist Church in Norwood, Alabama and president of the Birmingham chapter of the Southern Christian Leadership Conference, led participants in singing "This Little Light of Mine." Bishop Woods participated in the March on Washington and was the last person to see Martin Luther King Jr. alive in Birmingham.

For questions about other travel opportunities with the Jewish Federation, please contact Missions Manager Erica N. Miller at erica.miller@jewishphilly.org.

Buxmont Brings the Light this Hanukkah