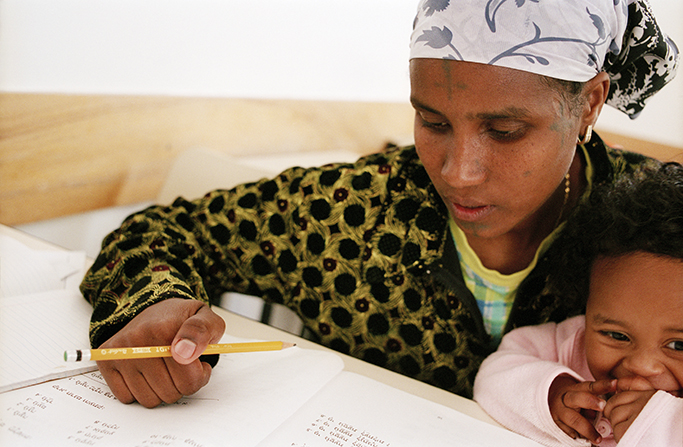 This Sigd, Celebrate The Ethiopian Jewish Community & Philly's Special Connection To It

At sundown on November 15, exactly fifty days after Yom Kippur, one of the Jewish world's most important—but less well-known—holidays will begin: Sigd.

Celebrated by the Ethiopian Jewish community (also known as Beta Israel), Sigd commemorates the day when G-d revealed himself to Moses. On this holiday, Ethiopian Jews fast, read scripture, and pray for the restoration of the Temple. The holiday culminates with dancing and a special meal to break the fast.

In Israel, Sigd is an official state holiday and is used as a way to celebrate the Ethiopian community. While Ethiopian Jews make up some of the oldest Jewish communities in the world, they are relatively recent immigrants to Israel. Banned by the Ethiopian government from making aliyah, Beta Israel Jews risked everything to come to Israel through a series of daring airlift missions that began in the 1980s.

Today, there are 120,00 Jews of Ethiopian descent living in Israel. While they still face discrimination and barriers to assimilation, Ethiopian Jews have become an integral part of the fabric of Israeli life, rising to high positions in pop culture, industry, and government.

Here in Philadelphia, we are lucky to have a connection to the Beta Israel community through our partnership region of Netivot and Sdot Negev. Located in Israel's southern tip, our partnership region is a vibrant and diverse area filled with recent olim (immigrants), including a significant Ethiopian population.

We are proud to fund initiatives that directly impact Ethiopian-Israelis, including an Ethiopian Community Garden, which provides green space and helps Ethiopians maintain their agricultural traditions. We also support the Kaiserman Ethiopian Center, named for the Philadelphia philanthropist who was an early Western advocate for Ethiopian Jewish aliyah.

So, to all our friends who celebrate, happy Sigd!