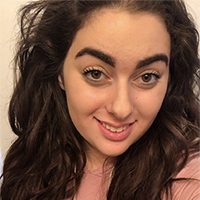 What I Learned At My First Diller Teen Weekend

The weekend experience started off Friday, November 2, 2018 at the vibrant Penn campus. We joined the Hillel for Shabbos services which set the tone of the evening: open and warm. The fellows had an opportunity to pick from a diverse range of service options, and many of us chose a minyan, with which we were not very familiar. We got to speak to students from a variety of colleges in Philadelphia, who welcomed us and gave us insight on Jewish life on campus. Seeing the positive atmosphere of dinner, everyone united by celebrating the end of the week and the start of the day of rest with delicious chicken and challah was very memorable.

For our Oneg Shabbat, we played a number of fun games that required teamwork, and the afternoon was filled with laughter. Ma’agal Laila, a discussion with the entire cohort, was a great learning opportunity where all opinions were respected and welcome. Israel, identity, Anti-Semitism and personal connections were the main ideas and everyone had thoughts to share. The night ended with each of us sharing, laughing and listening to one another. We formed connections with each other and bonded together as a cohort.

Shabbat morning began with breakfast at the hotel, and then we were off to services. With a Reconstructionist and Orthodox minyan, there were definitely some learning experiences. Many of us were not familiar with either of these styles, which opened a window to broaden our knowledge of different denominations of Judaism. We had another great meal at Hillel and then walked back to the hotel for a restful afternoon. The Torah portion of the experience brought up more thought-provoking conversation and ideas. Motzei Shabbos came in with Havdallah and a tour of Penn. As Diller participants are preparing for college, this was very useful in getting a feel of a college campus. We stayed up late for another fun night of truly getting to know one another.

This weekend brought up many feelings, especially after the tragic shooting in Pittsburgh. We discussed topics that were sometimes hard to talk about, but were so important. Jewish identity was greatly impacted after the loss of 11 lives of our own people. However, I felt that in response there was a lot of much needed Jewish pride. I enjoyed being apart of the Shira Hadasha minyan, which was something I had never had the opportunity to see before. This minyan gets part of its name, Shira, which means song in Hebrew, because of the beautiful singing and prayer melodies. To me, singing is pride. I heard other fellows talk about the Reconstructionist minyan, and how cool and interesting it was. Overall, the best part of the weekend was how much the group came together. We came into the Shabbaton only knowing each other through two other gatherings, but we left talking about how excited we are to all go to Israel together as one cohort.

Throughout the weekend I learned was how important it is to openly listening to different perspectives, whether we were discussing Torah, anti-Semitism or any other aspect of life. We didn’t only learn Torah, we learned from each other. The year started off with this incredible Shabbaton, and I can’t wait to see where we go from here.

In early November, Philadelphia’s Diller cohort experienced their first Shabbaton at Penn which featured and required fellows to delve deep into their Jewish identity both individually and as a community.

Personally, I was most intrigued by the variety of different Friday night Shabbat services offered at Penn Hillel. From Conservative and Reformed to Orthodox and Shira Hadasha there were so many choices of services to attend. Whether you would rather attend a service more familiar like that of your synagogue, or be more adventurous and experience a service you might not otherwise have an opportunity to attend, there was an option for everyone. Although not available at every Shabbaton, it was definitely an insightful experience.

I chose the Conservative service, which was like services at my synagogue making me feel at home. For Saturday morning services we were offered the choice of attending either Reconstruction or Orthodox services. I chose to go to the Reconstructionist service, led in English and Hebrew. It was an open, friendly service that included the community and was welcoming to LGBTQ participants. Because the service included the use of drums, the praying was very enthusiastic.

A Message of Hope from WOV Chair Carly Zimmerman