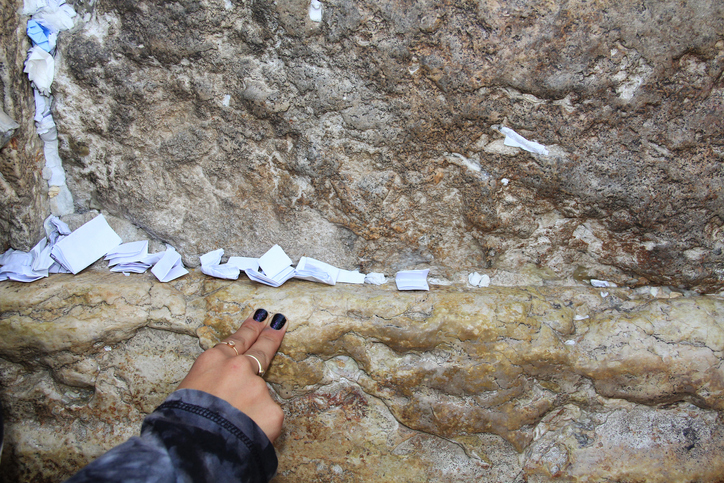 Women Of Vision: Funding The Fight For Women's Rights In Israel

Each year, our Women of Vision members fund programs that transform the lives of Jewish women and girls in Greater Philadelphia and in Israel. After an intensive review process, the affinity group votes on innovative programs that create long-term change and address the underlying problems girls and women face.

This year, our members are proud to announce that have voted to award grants to two Israel-based organizations for the 2022 and 2023 fiscal year. The programs take on two of the most serious issues facing women in Israel: sexual abuse and the religious divorce system. We're proud to share their stories below.

Mavoi Satum is an organization dedicated to eradicating get refusal—the practice of denying religious divorces to Orthodox women, leaving them trapped in marriages that are often abusive or extortionary. Experts estimate that there are thousands of women in Israel being denied their right to a religious divorce, and say they often are pressured to give up personal assets or child custody.

"This shouldn't be perceived as a peripheral religious issue, but an issue that affects all women," said Kylie Eisman-Lifschitz, Chairwoman of Mavoi Satum. "It's a human rights issue."

As an organization, Mavoi Satum works to assist these women at every level, but its leaders are particularly invested in reforming Israel's rabbinical courts, where religious divorce hearings take place.

Specifically, they want to institute female representatives in rabbinical courts who can advocate for the wives and better understand their perspective.

"Recently, we had a story of a woman who was asked, why did you go back to your husband after he beat you? This clearly betrays a huge lack of awareness on the part of some Orthodox rabbis," said Eisman-Lifschitz.

Matvoi Satum has already made waves in Israeli society and funding from our Women of Vision will help them end the crisis of religious women trapped in marriages.

"We really believe this could be a big deal for women in Israel," said Eisman-Lifschitz. "It's the next step for women's equality."

ELI is Israel's preeminent child protection agency. They provide therapeutic support for individuals and families affected by child abuse, and have a long history of introducing innovative modalities to address children's issues.

"ELI began their work and advocacy around child abuse at a time when no one was talking about," said Wendy Borodkin, Director, American Friends of ELI.

In particular, Women of Vision is funding ELI's work in partnership with the Israeli Defense Forces. ELI works with the IDF to support soldiers who have experienced sexual abuse—whether in the army or at home—and instructs the IDF's medical staff on appropriate and trauma-informed mental health care.

Borodkin says the IDF "warmly welcomed" input from ELI and that funding the initiative will make her organization to continue a program that is already making a big impact.

"Soldiers are more willing to talk about abuse and seek help," she said. "Most gratifying is the changes we see in the IDF overall. Abuse is recognized, women are being taken seriously and perpetrators are being punished."

Join Women of Vision and see how impactful strategic grantmaking can be. Click here to learn more.