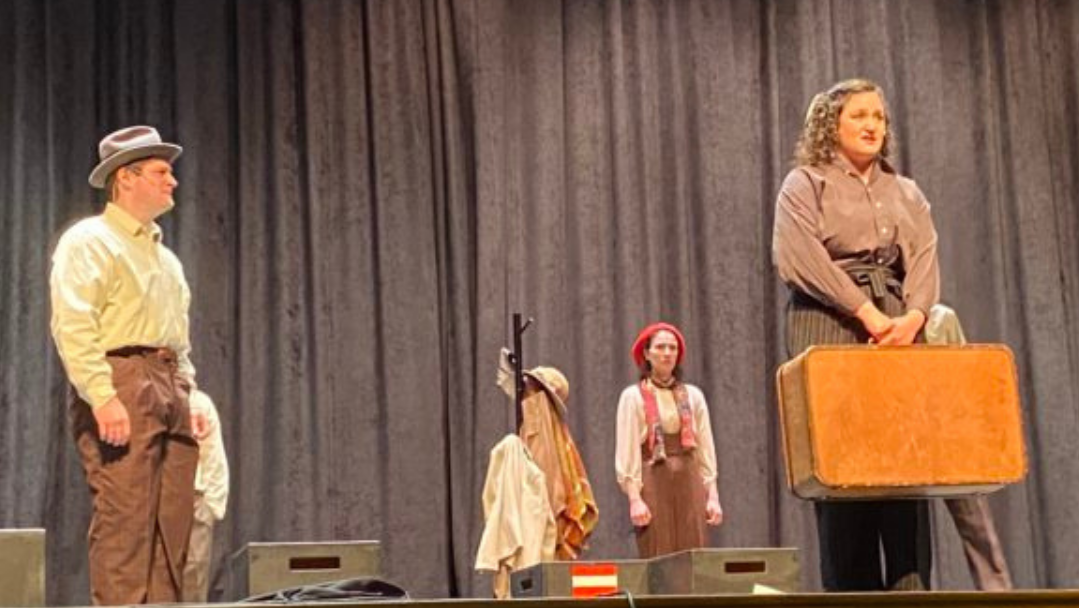 Once held in large auditoriums, the Jewish Community Relations Council (JCRC) of the Jewish Federation of Greater Philadelphia’s Youth Symposium on the Holocaust impacted thousands of students in a way that textbooks never could.

Since 1977, survivors have engaged students through harrowing personal accounts and crucial discussions about the universal lessons of the Holocaust. With the declining number of Holocaust survivors and ongoing pandemic restrictions, the Jewish Federation has taken steps to evaluate the future of the Youth Symposium program.

JCRC recognized this opportunity to secure alternative platforms for the Youth Symposium, enabling both the program and the Holocaust survivor stories to live on.

This year, the Youth Symposium took to the stage. Through Pennsylvania’s Educational Improvement Tax Credit Program, the Foundation for Jewish Day Schools provided additional funds to Philadelphia’s Ariel Theatre to produce a play called “Survivors.” Written by Wendy Kout, the play is based on ten Holocaust Survivors’ testimonies, which were collected by the Rochester Holocaust Survivors Project.

“We arrived at the idea of using theater as a way to create an emotional connection and provide a valuable program that schools would want to bring students to,” said Jewish Federation Senior Manager of Community Engagement Beth Razin.

The play received rave reviews from both school leadership and students.

“I am glad that [“Survivors”] came to our school and presented that beautiful play,” said a student from Esperanza Academy Charter School. “I’ve learned a lot more than I would have if I was just reading about it in class, and this play made me feel emotions which gave me more of a connection [to the Holocaust], especially since it wasn’t just facts being thrown at us.”

The play is a new chapter in the Jewish Federation’s long history of Holocaust education programming. As firsthand testimonials become ever more scarce, the organization continues to uphold its pledge of “never again” by supporting local programs that are championing innovative approaches to Holocaust education. For example, 3G Philly receives funding to support its work of empowering descendants of survivors to tell the accounts of their families’ history, keeping their stories alive.

Another notable program funded by the Jewish Federation is the Mordechai Anielewicz Creative Arts Competition, which continuously strives to make Holocaust education relevant and accessible to new generations through the use of different mediums. Over 250 students submit original and creative responses to their Holocaust studies in poetry, prose, painting, sculpture, music, dance and video each year.

“Holocaust education can no longer be what it once was,” said Razin, who has been working in educational programming for 13 years. “This is why it is imperative that we find ways and support programs that are ensuring that the past is not forgotten.”